On the outskirts of Beauvais, an old priory in the midst of a village.This property is set in one of the oldest communes in the Beauvaisis region, at the foot of a church, constructed in two stages and featuring Romanesque as well as Gothic styles. Beauvais town centre, its famous cathedral and its airport are just 4 km away; Paris is 80 km away and the beaches along the Somme Bay are about a 100 km away.Carriage gates, at the foot of a majestic, listed church, open on to a gravel drive leading to the house via its street facade. A lawned, wooded garden, laid out in front of the building, is enclosed by walls. Standing at right angles to the main house are outbuildings that include an old parish hall and a covered area, opening on to a wooden terrace.The main houseThis building is currently a family home with modern-day comforts. In the 17th century, it was a priory then, in the 19th century, a presbytery, before finally becoming a country house in the 20th century. Constructed from stone, it spans two levels under an attic floor. Its external walls, covered with white rendering, are topped with a slate roof. Wisteria runs along the facade, whilst rose and hydrangea bushes at the bottom of the wall increase its charm.Ground floorA porch leads to the entrance hall which houses a stairway, going upstairs. At the other end are a lounge and a dining room. A section of the rooms still features its original floor covering, black and white tiles laid in a chessboard pattern and solid oak wood parquet flooring. The ceilings have moulding and the lower sections of the walls are lined with painted wainscoting. Although the rooms have been fully renovated, their former character is still very much present. Each has a marble fireplace, topped with a decorative mirror. Light is omnipresent as the windows are tall and well-exposed.First floorThe landing provides access to a long corridor, with old hexagonal terracotta floor tiles, leading to all the bedrooms. This level comprises four miscellaneous bedrooms, one of which has a toilet. There is also a shower room, a bathroom and a linen room.All the bedrooms have pinewood parquet flooring and look out over the garden as well as the village church. They were all recently repainted.AtticA second stairway goes up from the corridor to the converted attic floor. The insulation works are recent and the conversion into a large games room is a real asset for the house.The outbuildingsA group of brick buildings extend from the corner of the main house. They constitute vast outbuildings.WorkhouseOne outbuilding adjoining the house is in use as a workshop because of its large windows overlooking the garden. This building is extended by a covered area and a wooden terrace looking out over the garden and the impressive church.Reception buildingOnce a parish hall, this building adjoins the house. Its impressive size is enhanced inside by a cathedral-type ceiling under the ridge.It still includes a podium, facing the large room and spanning almost 30 m². One section of the outbuilding is built over a partial cellar and garage.The gardenThe walled garden faces the house. The church looks down on to the property as if it were guarding the premises.With its rose, lavender and hydrangea bushes, this priest's garden forms a wonderful landscape, featuring a superb palette of colours in the summer season.

Listings similar to this house, Beauvais (60)

110 km from Paris. Period listed abbey at 15 minutes from Beauvais. It is composed of 18th century brick and stone convent buildings set around a landscaped courtyard with a pond, a...

Elegant contemporary house built in local stone. It offers an enchanting garden South exposed with a terrace overlooking the city. About 260sqm of living space, in 2 levels with a full... 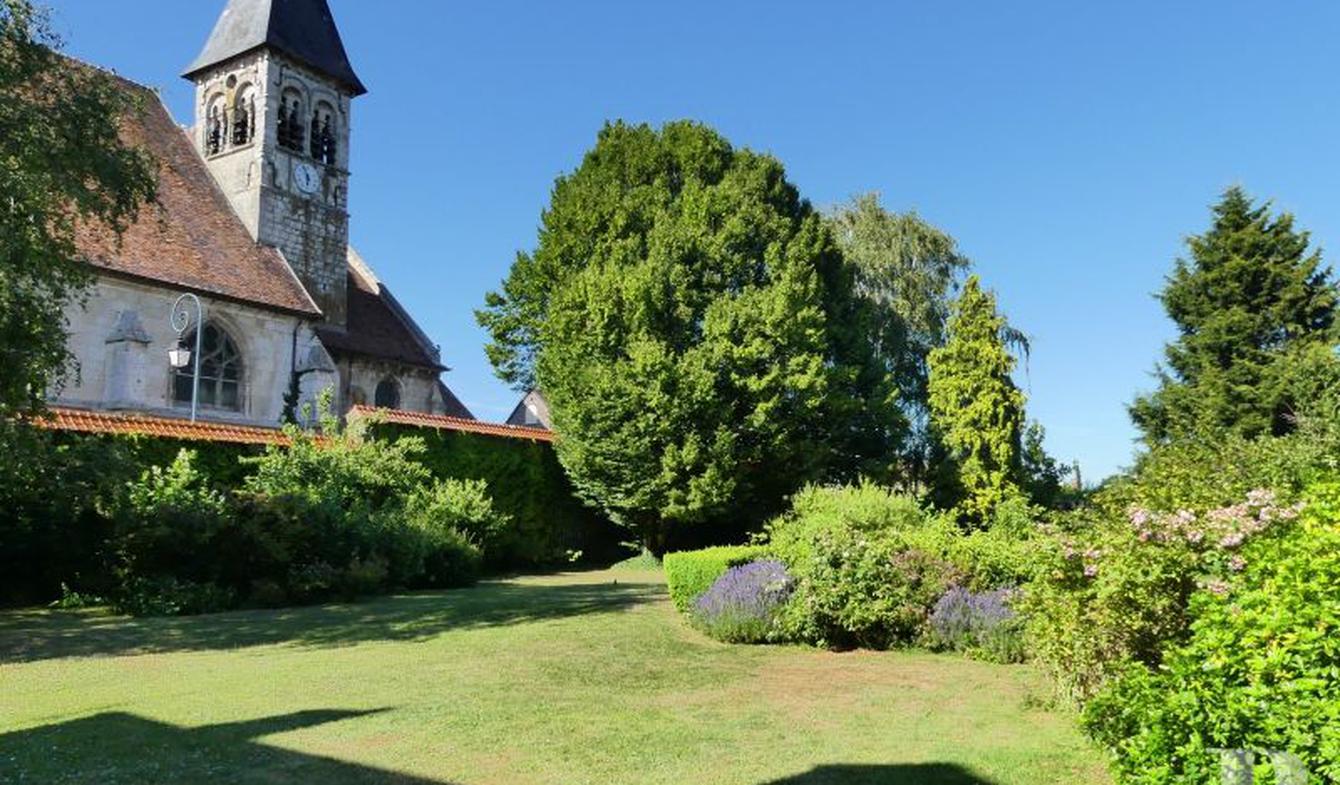