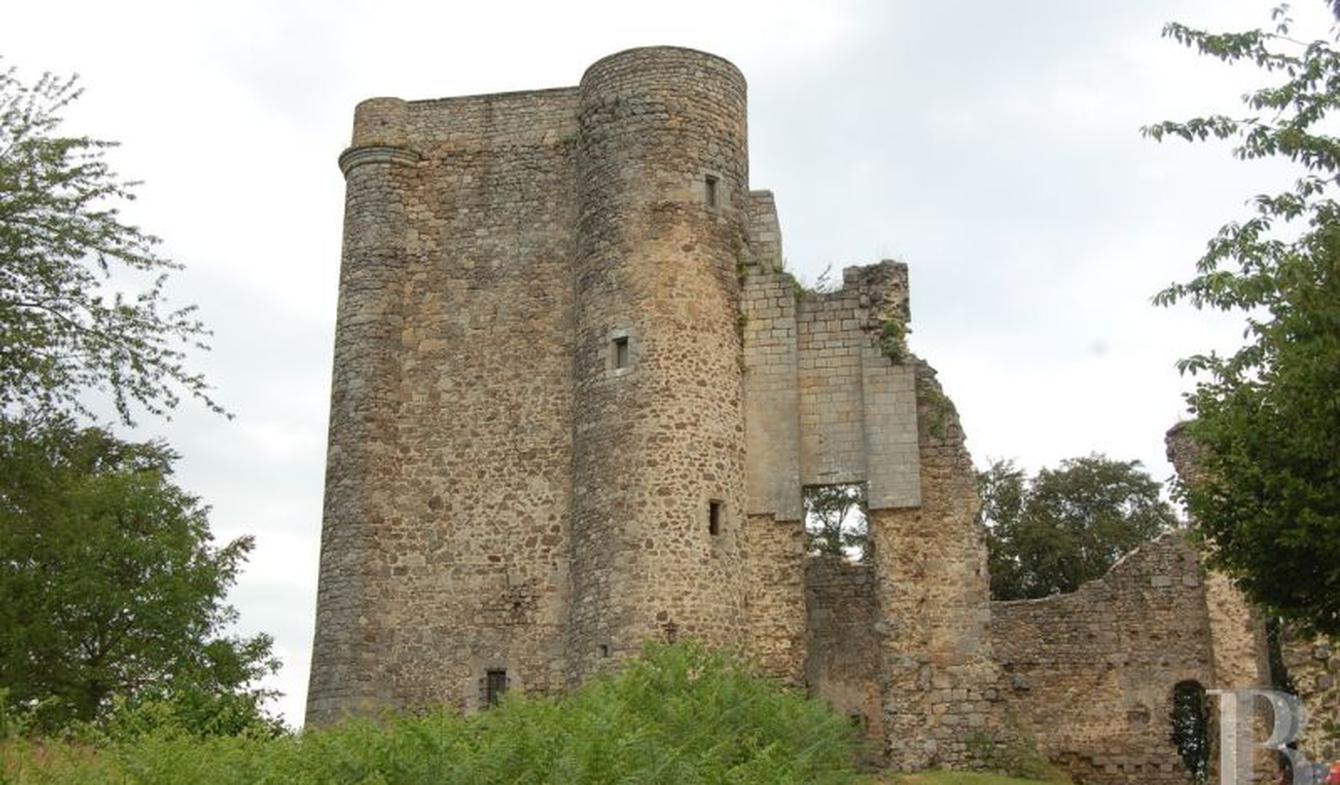 Dominating a village in the Creuse, a 14th and 15th century chateau, with French MH classification, a terrace roof and 360° view.4 hours from Paris, approx. two from Clermont-Ferrand and Poitiers, and one hour from Limoges and Montluçon. 15 km from Guéret, a small town with a full range of shops and amenities, train station and schools. Paris is three hours away by car. Set in the heart of a hilly and wooded countryside crisscrossed by streams and beautiful lakes. A region where outdoor activities are prioritised and exploration of a rich historic and architectural heritage formerly the object of dispute between the kingdoms of France and Aquitaine during the one hundred years' war.Perched on a promontory, at an altitude of more than 500 metres, on the site of a former motte, the property dominates the small hamlet that is part of. This strategic position enabled it to defend its territory and indeed a large part of the region in ancient times. It is surrounded by 2 570 m2 of land mainly enclosed by tall trees and coppice screen protecting it. The chateau is accessed via a country lane on a lower level and is surrounded by a dry moat. The west-facing part of the castle has been restored, the east-facing part of the castle is in ruins but still reflects the grandeur of the property. It is located away from any kind of nuisance and the peace and quiet is significant.The site - the chateau and its motte-, is protected for its historic value, its geographic location and its view. Below, in the heart of the hamlet, a barn completes this estate (approx. 130 m2).The chateauAccess to the courtyard is via a tall fortified south-facing door. Built of dressed stone, it was once fitted with a portcullis. The architecture of the building developed greatly between 11th and 14th centuries, period during which the dungeon, originally round in shape was then incorporated in the main building, making it look like a large fortified building and making up the west rectangular surrounding wall. The surface area of the latter was reduced in 15th century (25 m x 18 m outer surface area) but the height of the walls increased to improve security and reduce the size of the troop necessary for its defence. Four turrets located in the corners of the surrounding walls act as buttresses. Two additional towers flank the east facade of the dungeon, the latter incorporating living space on each level. The staircase tower is located three quarters of the way along the dividing wall.On either side, there are traces of a former arrow drawbridge. The windows on the east and west facades are narrow and one-traverse, except for two that are wider and mullioned. The towers, including the spiral staircase tower, are illuminated by much smaller windows.The chateau, that can be lived in as is, spans four levels with a panoramic roof terrace. Built of granite stone and lime pointed, the building has an austere appearance and may be seen from a long distance. It owes its current appearance to a couple of enthusiasts who purchased it from the municipality 70 years ago and undertook its preservation. At that time, in bad shape and almost in ruins, the building required above all consolidation works to redefine the different floors that had disappeared. The interior comprises two rooms on each of the four floors (66 m2 and 37 m2). The turrets mainly incorporate utility rooms (4m2). Modern techniques and materials like cement were chosen for restoration works. The floor coverings are well suited and catch the spirt of the place (floors and ceilings). Fireplaces on the north and south facing walls have been preserved and are operational however those located along the dividing wall have been sacrificed to allow a lift to be installed and cleverly hidden in the former chimney shafts.Ground floorThis level was originally ...

Listings similar to this castle, Gueret (23)

Nouvelle Aquitaine ? Creuse ? Fursac area This lovely master house with beautiful views on the Monts d'Ambazac is perfect for a Chambre d'Hôtes. It has on the ground floor: a hallway...

In the Combrailles, Chateau Historic Monument (ISMH) on 10 acres of parkland and meadows; including receptions, 6-7 rooms; caretaker's house; dependencies; all in an idyllic...

Situated on the banks of the Gueret, this beautiful chateau offers 300 m2 of living space. On the ground floor: Entrance hall with tiled floor, a bright living room (30 m2), a dining... 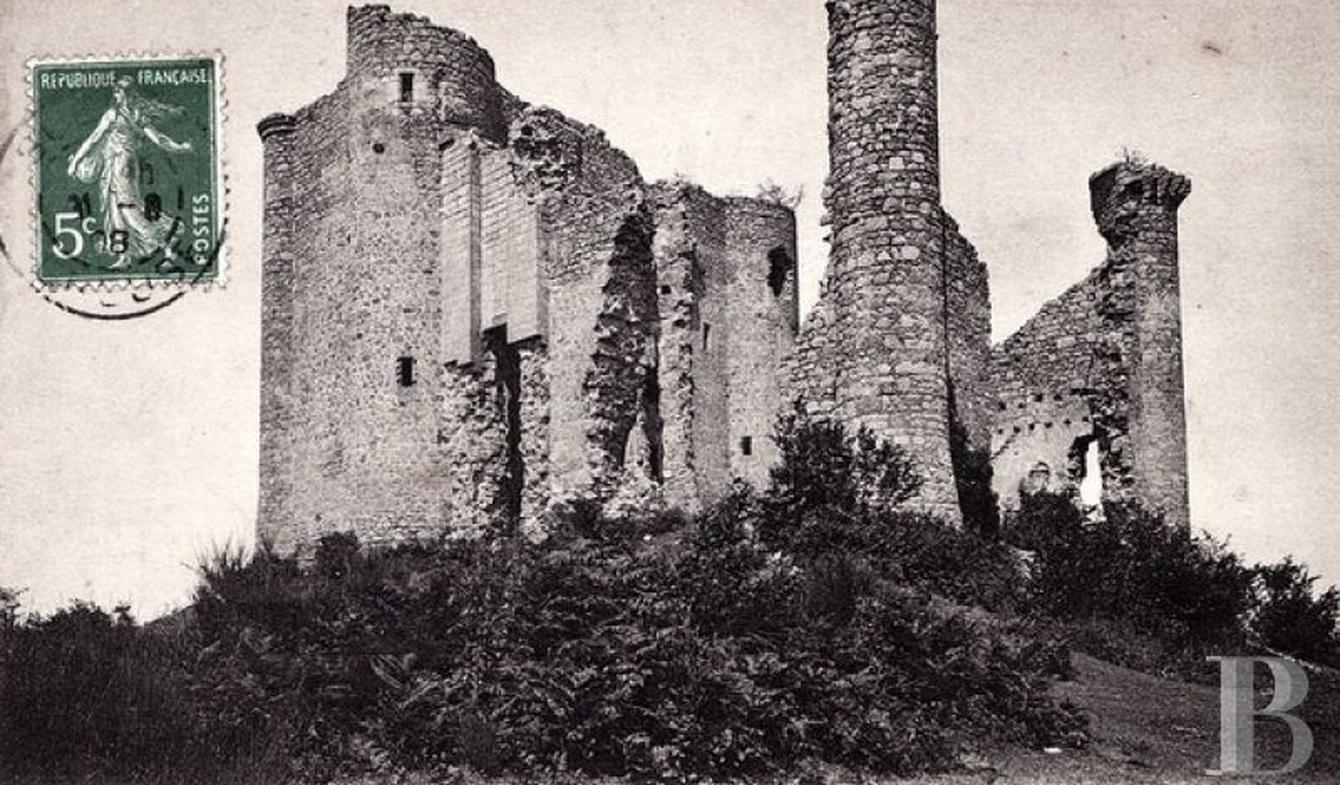