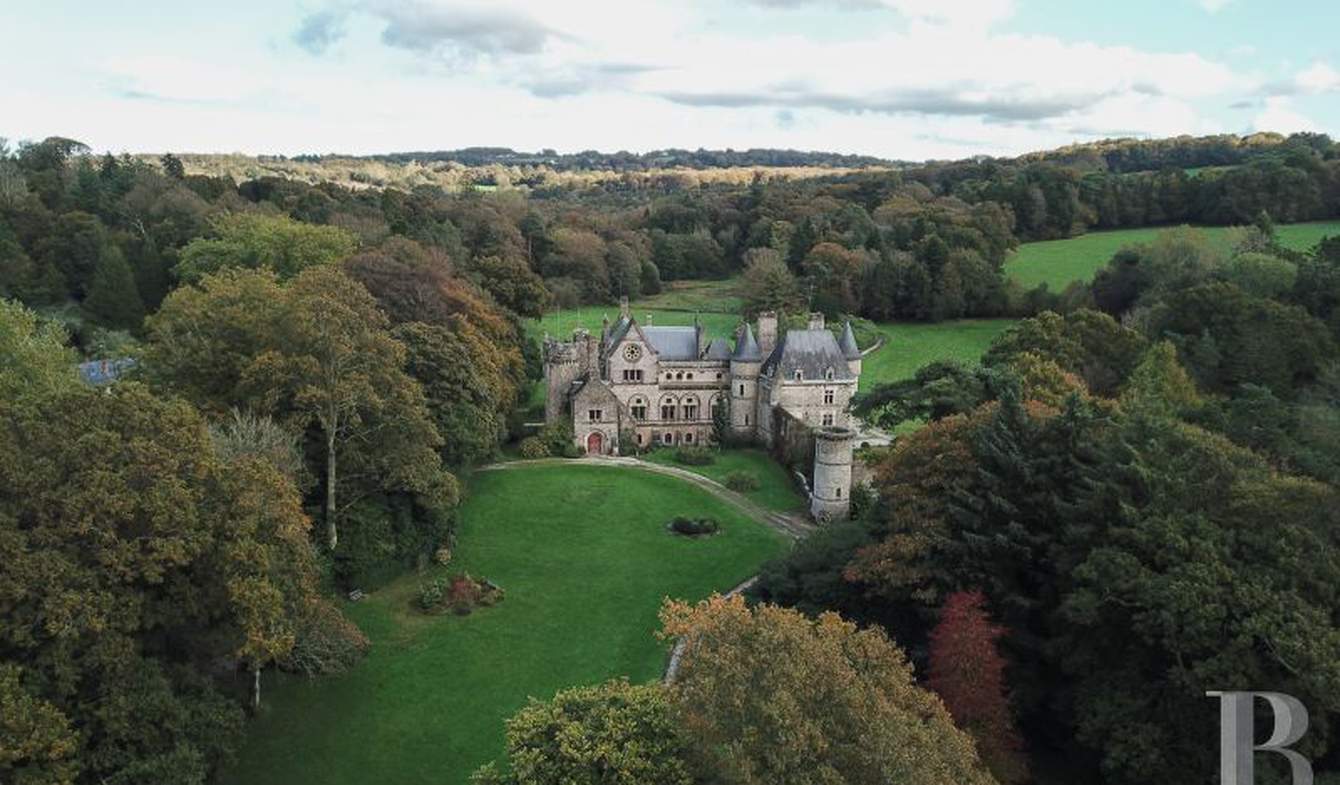 Fifteen minutes south of Cherbourg, an IMH listed castle, stud farm and nineteen houses on a 140 ha estate.North of the Cotentin peninsula, in an unspoilt natural environment and less than fifteen minutes from the sea and the beaches. Paris is just three hours away by car or by train. Cherbourg and its shops, its harbour and ferries for England is a quarter of an hour away.A long avenue crossing the north of the park leads to the castle. The oldest part of the castle dates back to 1580. It was transformed in the mid-19th century into a neo-gothic castle by the English architect, William Henry White (one of the architects who built Chateau de Bizy). Damaged by bombs in 1944, it was restored by the current owner.Somewhat away from the castle are the buildings of a model farm (one of the most modern and significant in France in the 1820s). It was a farm school in the mid-19th century and its 16 different outbuildings are now currently houses.The property includes a stud farm dating back to 1867 with all the specific fixtures, built of grey shale and red brick alternating with ashlar blocks and covered by a slate roof just like the stalls and castle service quarters.

Listings similar to this castle, Saint-lo

Chateau built in the middle of the eighteenth century and extended in the 50s. The grounds are made out of a wooded park of 1,5ha and 14ha of meadows for horses. There are 7 outbuildings...

Ref. 3615 Remarkable listed urban manor house for sale in Manche It is rare today to find architectural jewels in a quiet environment, with all the shops accessible by foot. And this is...