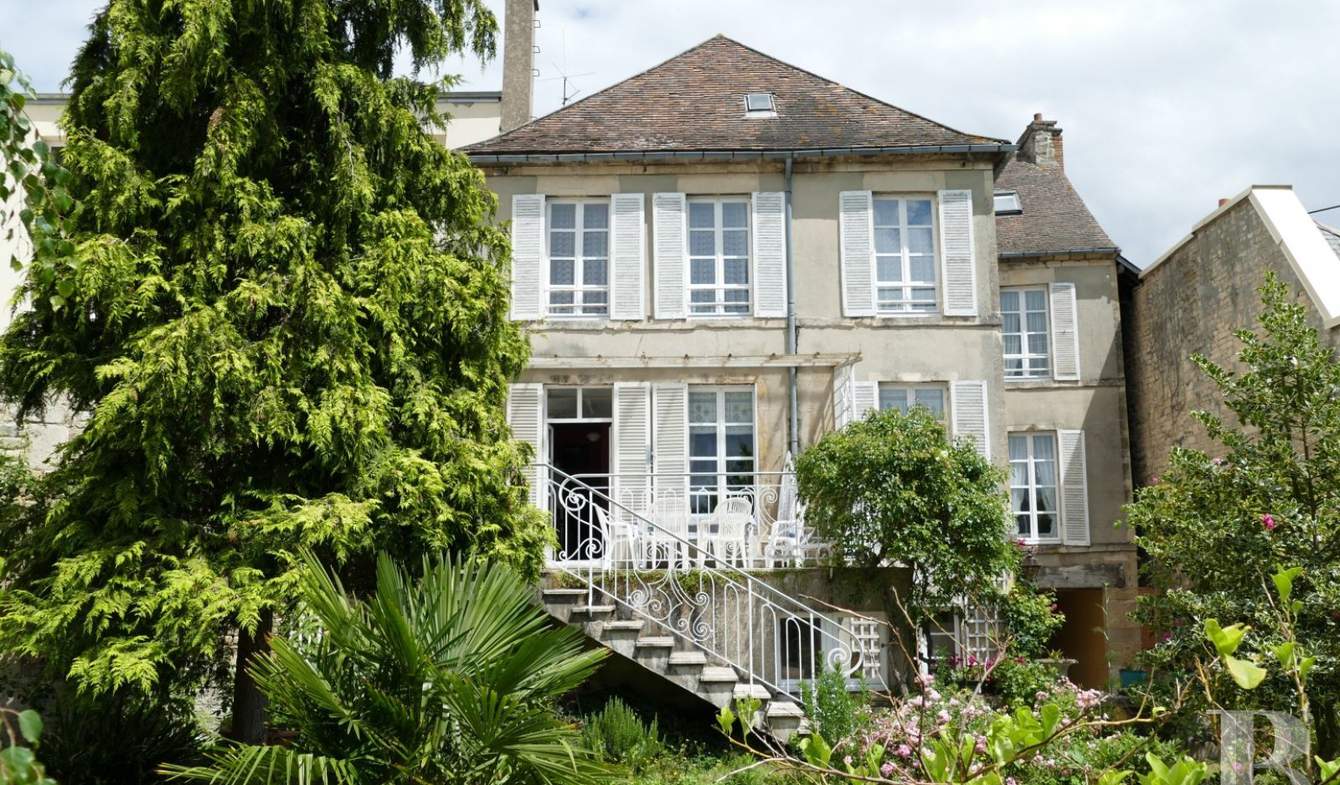 A 17th century mansion house, with a courtyard and a garden, just a stone’s throw from the town centre, in a quiet district of Calvados' capital.The capital of the French department of Calvados is a lively university town, 2 hours from Paris via the A13 motorway or by train and 15 minutes from the Channel coastline. A medium-sized town, it is a mythical place from the High Middle-Ages and the Second World War, with numerous green-open spaces, including a national racecourse which adjoins its centre. Its layout is such that it is very easy to escape from the town and take advantage of all the benefits of life in the provinces.This district is on the heights of the town on the edge of the town centre and the marina. None of the surrounding constructions exceed two storeys. This mansion house is in a no-through road, lined with trees and green-open spaces.Carriage gates open into a covered passageway which runs alongside the residence and its entrance door. The passageway leads to a little courtyard and a carport. It is covered with a wide terrace which looks down on to a flower-filled, wooded garden.The mansion houseThe origins of this house date back to the 17th century. Its rendered walls are supported on dressed stone lower sections. This residence spans four levels, the top one of which is under rafters. Caen stone was used for fashioning the pilasters that flank the carriage gates as well as the window surrounds and the quoins. The building is topped with a hip roof, covered with flat tiles.Garden levelThe entrance door opens off the covered passageway into a small hall. A Caen stone stairway leads upstairs. A door opens into the old utility rooms: a large room, illuminated via two windows, overlooking the no-through road, and decorated with a fireplace with a dressed stone mantel. Beams and joists are exposed. Two openings provide access to a laundry room, illuminated via a wide window, and to a vast storeroom. The latter still has a packed mud floor and a door provides access to the garage laid out under the terrace.First levelThe stairway goes up to a landing which leads to two adjoining lounges, on one side, and to a dining room and a kitchen, on the other. A wooden stairway leads to the floor above. Both lounges, widely illuminated via four windows, are separated by double doors. Beams and joists are exposed. In the bigger of the two, the floor is covered with strip pattern parquet flooring. A Caen stone fireplace, dating from the Regency period, enhances one wall. The entablature, notably decorated with a raised, stylised shell, rests on sculpted jambs. The floor in the second lounge is covered with herringbone pattern parquet flooring. A plainer, more graphic, Caen stone fireplace, dating from the Directory era, stands facing the first. A discreet door provides access to a utility room which also communicates with the landing. A wide door, on the other side to the lounges and near to both stairways, opens into a dining room which, in turn, communicates with the kitchen via double doors. The two windows in the dining room and a glazed door in the kitchen look out over the terrace. A small, almost secret opening in the kitchen leads to the bigger of the two lounges.TerraceAdjoining the mansion house, this terrace looks down on to the garage and provides access to the garden via a flight of steps. It is surrounded by railings and protected by a glazed awning with a metal framework.Second levelThis level houses the main bedrooms. The wooden stairway goes up to a landing, illuminated via a window, which leads to the biggest bedroom and its bathroom, on one side, and to a hall area on the other. From there, three doors open into a bathroom and two bedrooms, with their shower rooms. A ladies’ sitting room interconnects the two bedrooms. All three …

Listings similar to this house, Caen

Ideally located a few kilometers from Bayeux, this old 13th-century mill has kept its authentic character ... A true heritage of the consecrated and architectural heritage of Bessin. ...

Close to the beaches of the landing, this pretty property is located in a small village, 5 minutes from the sea and all amenities. Benefiting from an excellent situation, it offers real...

Ideally located a few kilometers from Bayeux, this old 13th-century mill has kept its authentic character ... A true heritage of the consecrated and architectural heritage of Bessin. ...

Magnificent contemporary thatched cottage on one hectare of landscaped grounds in the hills near Pont l'Evêque. Presenting a total of 250 m² of living area, it comprises, on the ground... 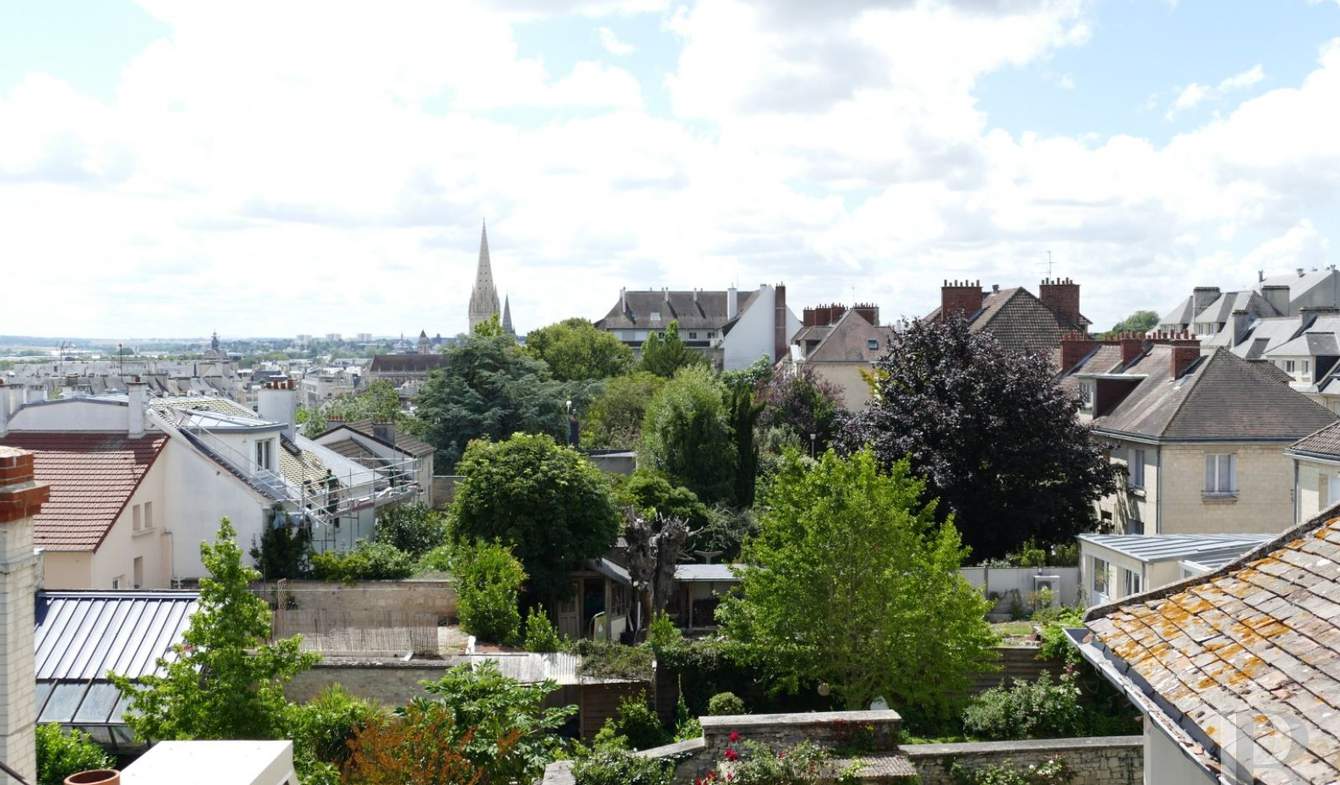