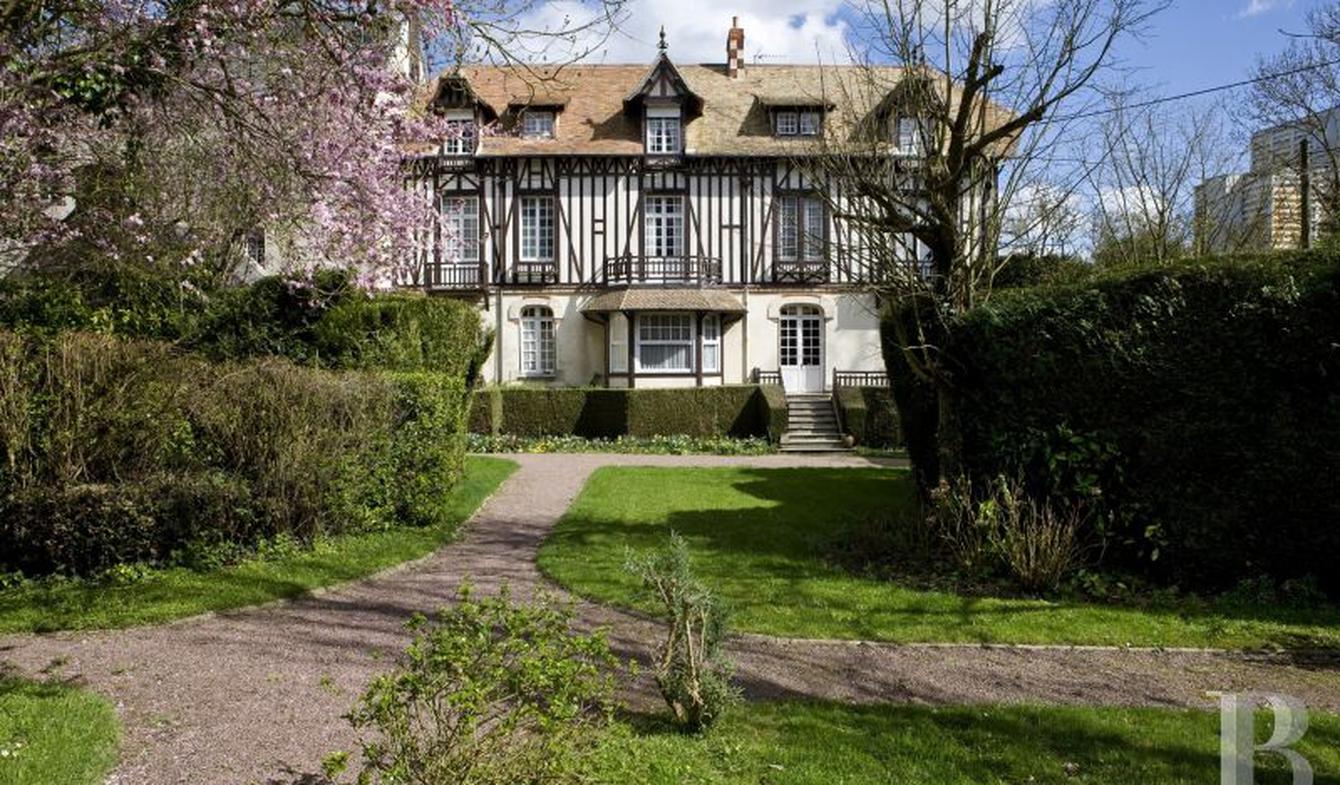 9 km from the sea in the French department of Calvados, an amazing flourmill and its Anglo-Norman villa, with a Ruston & Hornsby engine and a Francis turbine, both in good working order.Paris is 260 km away via the A13 motorway and can be reached in 2 hours via Caen train station, 22 km away. Bayeux, 11 km away, has sixth form colleges, large shops and all useful infrastructures. Local shops can be found in a village 3 km away.This flourmill stands in an unspoilt village, amidst chateaux, priories and character residences. One little road goes down to the river and the grasslands. A no-through road, it leads to the industrial part of the village, with its workers cottages.This flourmill is set out around a courtyard, enclosed on one side by an Anglo-Norman villa, extended to the rear by a leisure garden. The garden, villa and flourmill are bordered by the millrace. The courtyard is closed by very wide, wrought iron gates, designed by Eiffel and featuring Guimard School decoration.Set at right angles to the villa, the building houses a Francis turbine which, courtesy of its hydraulically produced electricity, provides 100% of the villa's heating. Next to it, a restored Ruston & Hornsby engine is now able to set in motion all the flourmill's machinery which spans four levels. Following on, the buildings house machines that enable the flour to continue on its journey to silos, warehouses and sacking rooms.At right angles, a large transit room is laid out above rooms used for workshop and garage purposes.A self-contained dwelling, a stable and garages enclose the courtyard.The flourmillThe millThe origin of this mill dates back to the times of William the Conqueror. Purchased by a family of millers at the beginning of the 19th century, buildings were added and modern equipment installed. In the 20th century, the Francis turbine was installed, just before the powerful Ruston engine.Automatism then took pride of place. Over four levels, drive belts went through walls and floors, made steps tremble and drove the machines. Grain was cleaned, separated and moistened. Grinders, converters and sizing rolls came into play. The flour passed from screws to elevators and from chutes to bins. Sieved, put in sacks and weighed, its journey came to a halt in the large storage rooms.The millraceThis 750 m long millrace, hewn by hand and lined with stone, extends on either side of the flourmill. Upstream, the work of diverting the water is controlled via an automatic sluicegate opening and closing system, operated from a smartphone. The headrace reaches a hydraulic rake, a descent chute and sluicegates as well as a fishway (notably river trout). This is where the Francis turbine works its magic. The millrace is continued via a tailrace and an outlet arm.The outbuildingsThe industrial section of the flourmill is extended on the ground floor by an old, 3-roomed dwelling (spanning a surface area of approx. 60 m²), with a fireplace, flagstones as well as terracotta floor tiles and openings overlooking the millrace and the courtyard.The buildings opposite the Anglo-Norman villa are composed of garages and workshops, spanning a surface area of approx. 240 m² on the ground floor. They feature wide industrial style windows and carriage doors opening on to a carpark outside the flourmill.The second level is bordered by a balcony corridor, reached via a wooden stairway. It provides access to a large room, spanning a floor surface area of approx. 112 m², with a 7 m high ridge as well as two adjoining rooms, spanning a floor surface area of approx. 72 m², which are laid out in the ...

Listings similar to this mill, Bayeux (14)

Located in the heart of a pretty park of 2.5 hectares, this castle includes twenty rooms including two large living rooms, a winter lounge, an office and 11 bedrooms. The outbuildings...

Calvados, at 15 mins from Bayeux, Mansion from the XVIIIth century, former charming hotel, laden with history. Hidden from public view, and recently refitted into family house, this...

Located 11 minutes from Pont l'Eveque, 20 minutes from Trouville (station, access A13) golf 3km, very nice property with guest house with a total area of 350m ², 8 pieces. On the ground... 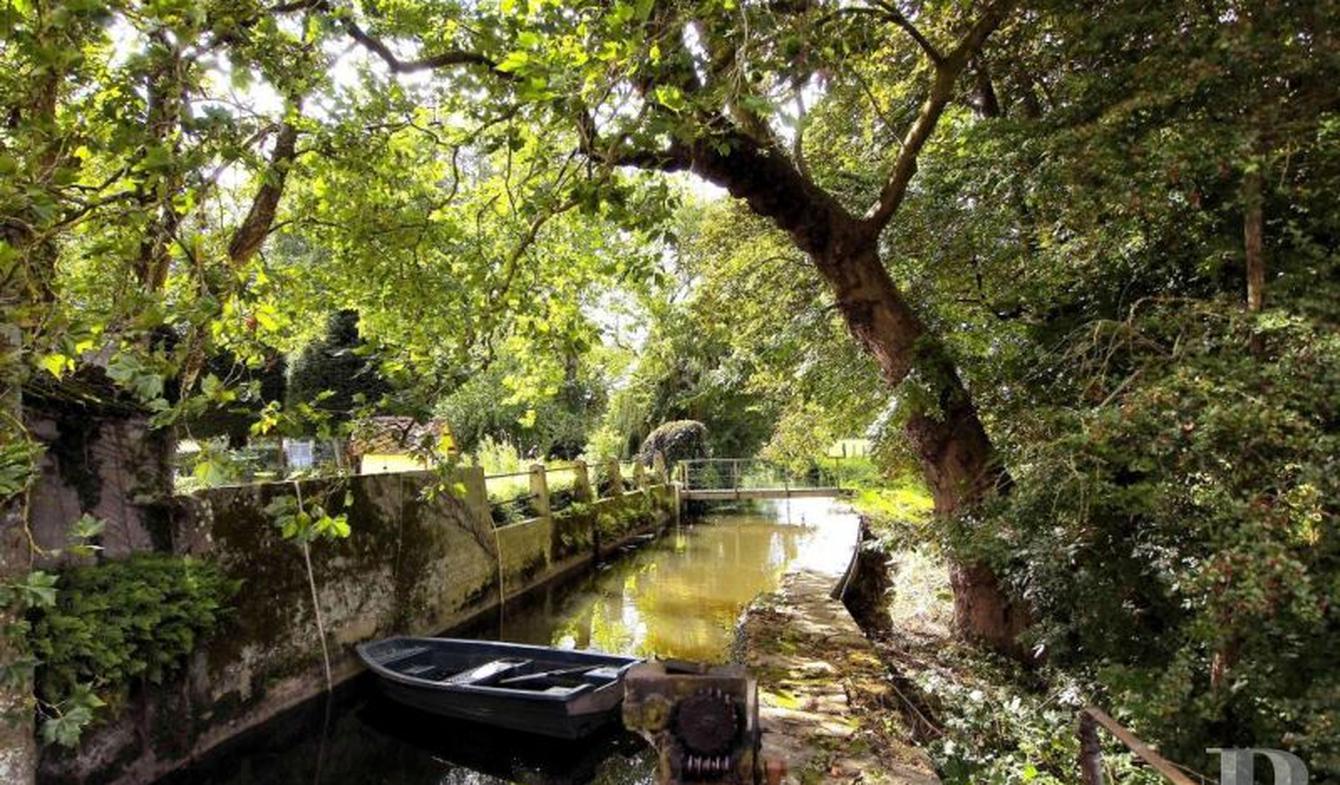