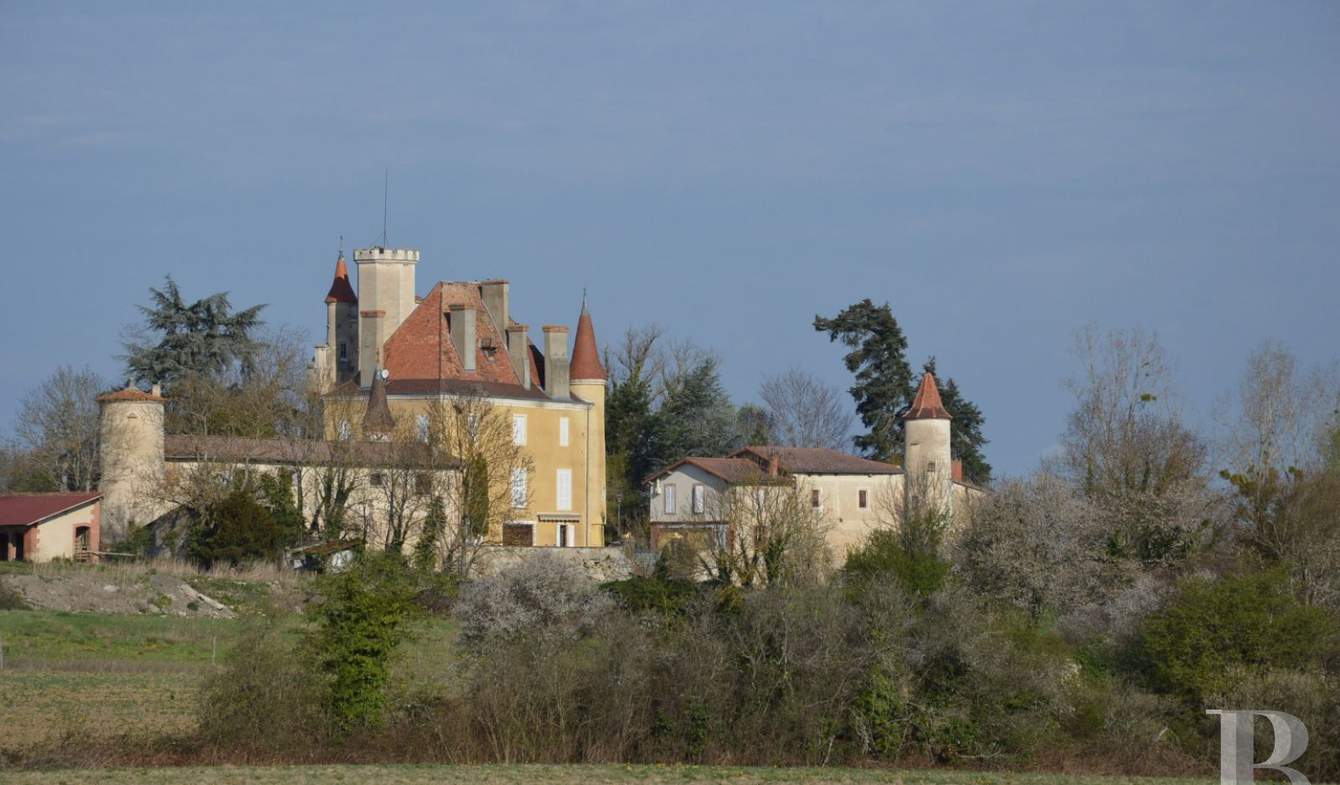 In the Auvergne region’s Livradois-Forez Regional Nature Park, a 15th & 19th century chateau amidst 15 hectares near to a medieval town.Livradois-Forez Regional Nature Park, in the midst of the Massif-Central, is the fourth biggest nature park in France. The Auvergne region remains wild and authentic. It includes a large number of villages and towns that still exude authenticity. This chateau and its outbuildings stand at a distance from one of these villages in the midst of a 15 ha estate. The famous medieval town of Thiers, renowned for its cutlery, is only 25 minutes away. The large town of Clermont-Ferrand, with its TGV train station and its airport, is a 40-minute drive away and Lyon is 1½ hours away. Vulcania, the volcano theme park, is an hour away.A long, tree-lined drive leads to the entrance to the property which extends over some 15 hectares. It consists of a 15th century castle, redesigned in the 19th century, and several outbuildings converted into houses for accommodating guests as well as a caretaker. A glazed construction houses a swimming pool and a summer kitchen. Behind the chateau, at the end of a bridle path, a fish-filled lake extends over about 1½ hectares.The chateauThis chateau is composed of a quadrangular keep-house which flanks the corner of a large house, spanning three levels over cellars. A polygonal stairway turret stands where the two buildings meet. All the buildings are topped with steep roofs. In the past, the chateau also housed a chapel.Ground floorThe chateau entrance is set in the centre of the facade on the main building. The gothic arched door is marked by stone framing decorated with a dog and a coat-of-arms. It opens into a vestibule which leads, on one side, to a study as well as a dining room and, on the other, to a lounge. The doors to these three rooms are adorned with coloured stained glass, embellished with images: a chateau, a dog’s head, a dragon. The lounge extends the full width of the building. Its stone floor blends beautifully with its exposed ceiling beams. An outstanding stone fireplace, enhancing one wall, bears a blazon featuring the family coat-of-arms. Behind the lounge, a modern kitchen provides access to a back kitchen. A door leads to the cellars and a toilet. The lounge communicates with the polygonal tower, housing a wide, stone spiral stairway, and then leads to a reception room, once the chapel. This room is topped with a cross-ribbed vault, painted to represent the four seasons. The floor is covered with parquet flooring and a fireplace enhances the room which opens on to an atrium and then a terrace.First floorThe landing leads to a suite laid out in the keep-house and provides access to the first floor of the main building. The suite comprises a spacious, bright bedroom, followed by a bathroom. The bedroom is richly decorated with a fireplace as well as panelling, decorative plasterwork and parquet flooring. The other first floor rooms are laid out in the main building. A vast lounge has a fireplace featuring a carved wooden mantel, topped with a trumeau covered by a tapestry. It leads to four bedrooms and a bathroom.Second floorThis floor includes four bedrooms and a bathroom as well as a music room. The layout on this level is similar to that on the floor below. The room in the keep-house, laid out directly above the master suite, awaits full renovation works.The former stable, now transformed into a houseThe old stable standing near to the chateau has been transformed and converted into a comfortable house (approx. 400 m² of living space). The building spans two levels and is flanked by a round tower next to the entrance. Two horses’ heads encircled by red brick decorate the entrance facade. A wide door, …

Listings similar to this castle, Clermont-Ferrand

SOLE AGENCY. One of the most beautiful villas of Chamalières from the end of the 19th century. Fully listed as an Historic Monument (MH), including the walled garden and the interior...

Castle of the seventeenth and nineteenth built on the foundations of a fortress of the thirteenth century. Beautiful reception rooms. 11 rooms. Need renovation inside. Medieval and...

Charming listed castle of the 15th and 18th centuries completely restored, located in the heart of a tourist village. About 300 square meters. Cellars. Garage. Garden with swimming pool.... 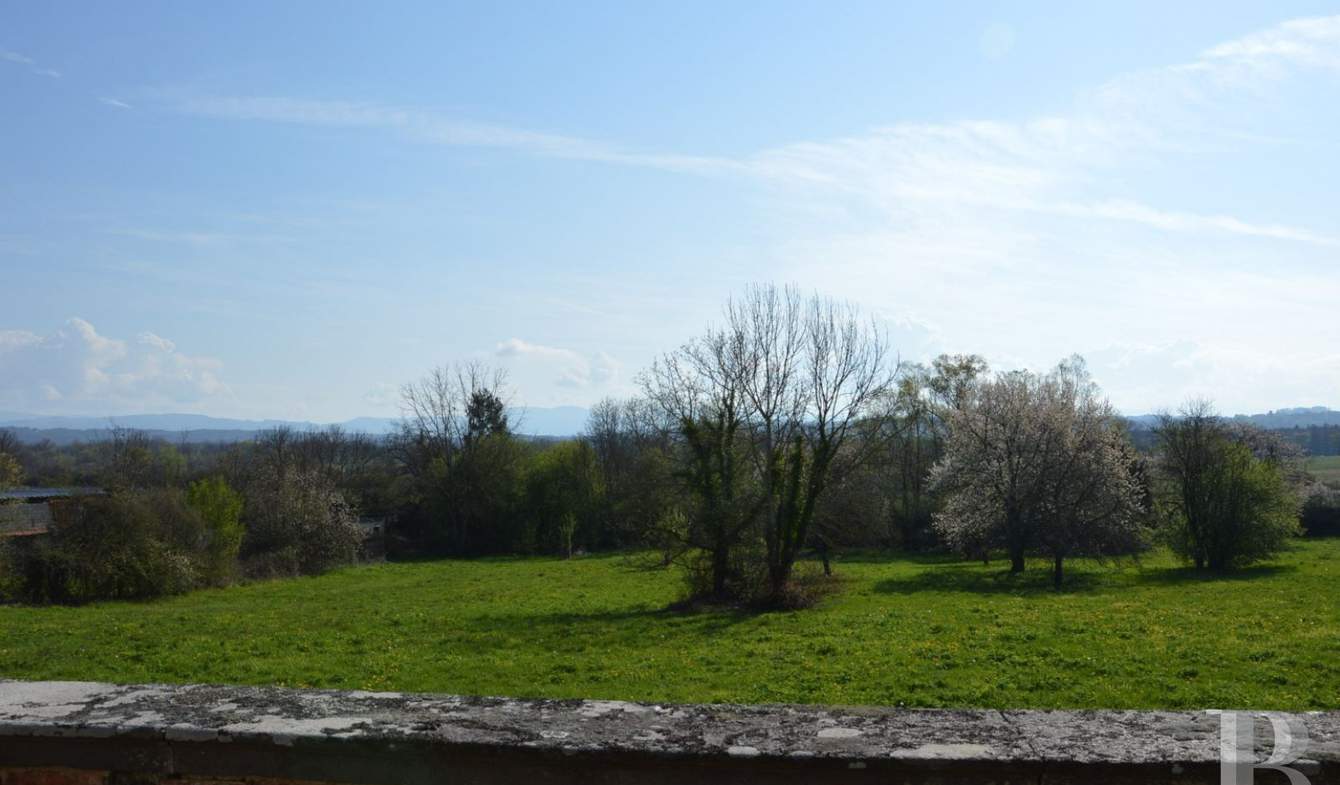