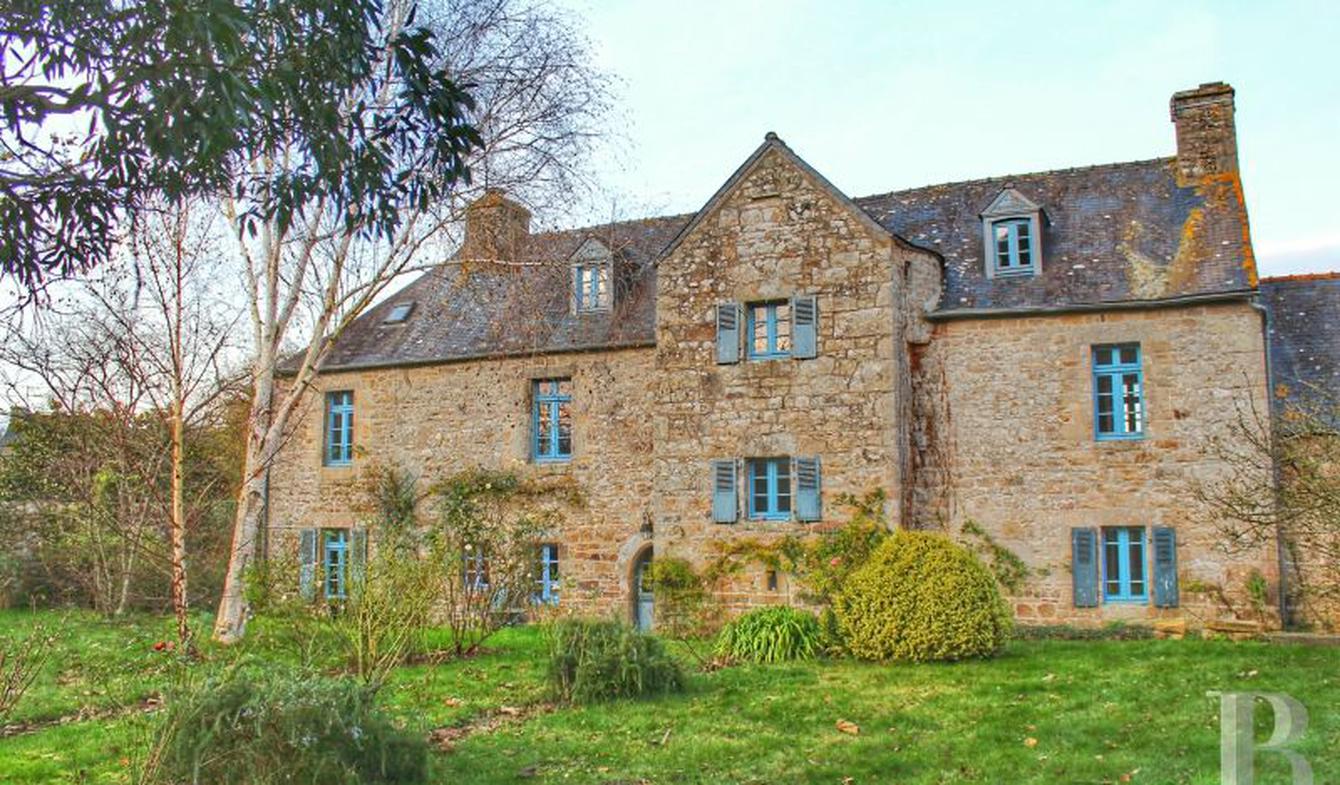 In Brittany's Trégor region, 25 minutes from the beaches, an old presbytery and its walled priest's garden.The Trégor region, with its wealth of more than 600 manor houses, features an exciting range of architecture. The growing of flax as of medieval times is at the origin of this profusion. In some villages, every farm could claim the title of manor house courtesy of its architectural appearance. One of these villages houses this old presbytery. Its surrounding, peaceful, undulating and wooded countryside is, nevertheless, within easy reach of the Pink Granite Coast with its hordes of tourists. This old presbytery, nestling behind the 15th century parish church, appears set in another time, one where the priest chanted his breviary in his garden. Near to the two bustling towns of Lannion and Guingamp, with the sea and its beaches just 25 minutes away.This presbytery could be said to have the appearance of one of Brittany's 17th century manor houses, but it was, in fact, home to a priest. The oldest section of the building is enhanced with a rectangular stairway tower, built slightly into the carcass. The 18th century west wing also has its own garden as this property boasts not one but two walled gardens. The sea blue of the external woodwork and shutters pleasantly contrasts with the granite stone, marked by the patina of time, and acts as a reminder that the sea is not far away. On the opposite side to the west wing, a barn with a carriage door, following on from the presbytery, dates from the same era. This property is harmonious, peaceful and authentic.The 17th century presbyteryAll three levels, including the top floor under the rafters, have been converted. The main entrance is set in the rectangular stairway tower providing access to all the floors. A granite stairway goes up to the second floor, from where, another little stairway, typical of a small round tower which is no longer in existence, continues upwards. This could have led to a dovecote, a watch-tower or a small terrace. The openings are fitted with indoor shutters. Some of the doors opening on to the outside have semi-circular arches and some straight lintels, but they all reflect the Trégor region's traditional, 17th century architecture.Ground floorA spacious kitchen has direct access to the back garden via a doorway, featuring an arch so slightly pointed that it is difficult to say whether it is triangular or semi-circular. A cosy, convivial lounge adjoins a bedroom all on a level. A little storeroom under the stairway is closed by a door, with a wonderful granite surround. The floors are covered with the region's traditional terracotta tiles.First floorThis level is completely taken up by two large bedrooms and their individual bathrooms, one of which is very spacious. A door communicates with the wing set at right angles, which was built at a later date.Second floorTwo bedrooms, with their own shower and toilet, are enhanced by the exposed roofing framework.The 18th century west wingThis presbytery was extended in the 18th century with a wing, set at right angles, which now gives the impression of always having been there. This wing with its three large bedrooms has been used in recent years for passing tourists seeking a character holiday rental accommodation unit. It can be accessed either via the front of the property or via a gate set in the wall around one of the gardens, thus giving the guests absolute privacy.Ground floorThe ground floor can be accessed via the main courtyard, via the presbytery kitchen or via the private garden. This ground floor can therefore be made completely independent or be an integral part of the main house. The entrance hall, with its terracotta floor tiles, ...

Listings similar to this house, Lannion (22)

South of Lannion, in the countryside this old farmhouse is located in a quiet environment. A few kilometers from Lannion. Description : The main part of the building includes on the...

Exclusive to this agency! Only 300m from the beach, in quiet cul de sac, house with traditional thick slate roof, interesting glimpses of the sea, 134m² accommodation, set in 1,155m²...

Contemporary house of 150 m² in perfect condition with 4 bedrooms, one on the ground floor, veranda, bright and exposed to the southwest, entirely on basement, with garage, carport, on a... 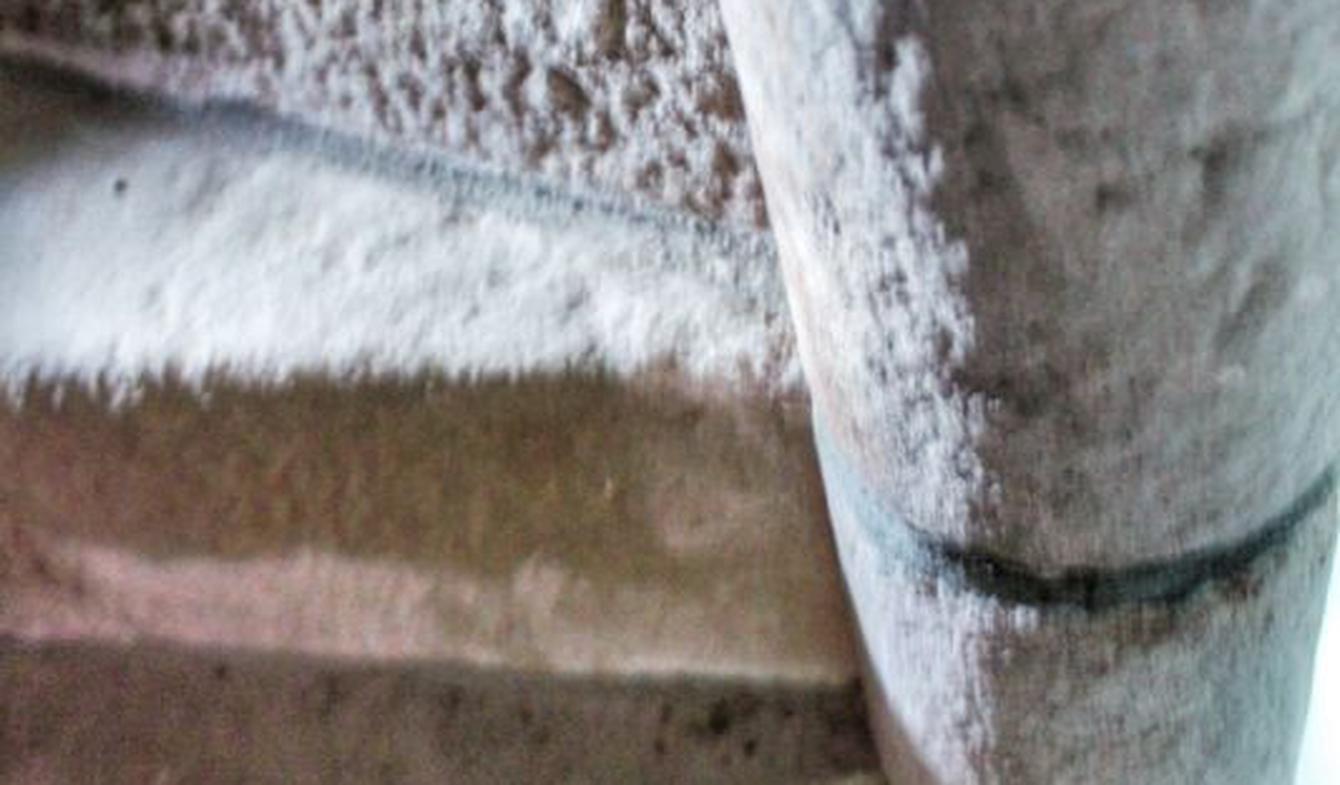