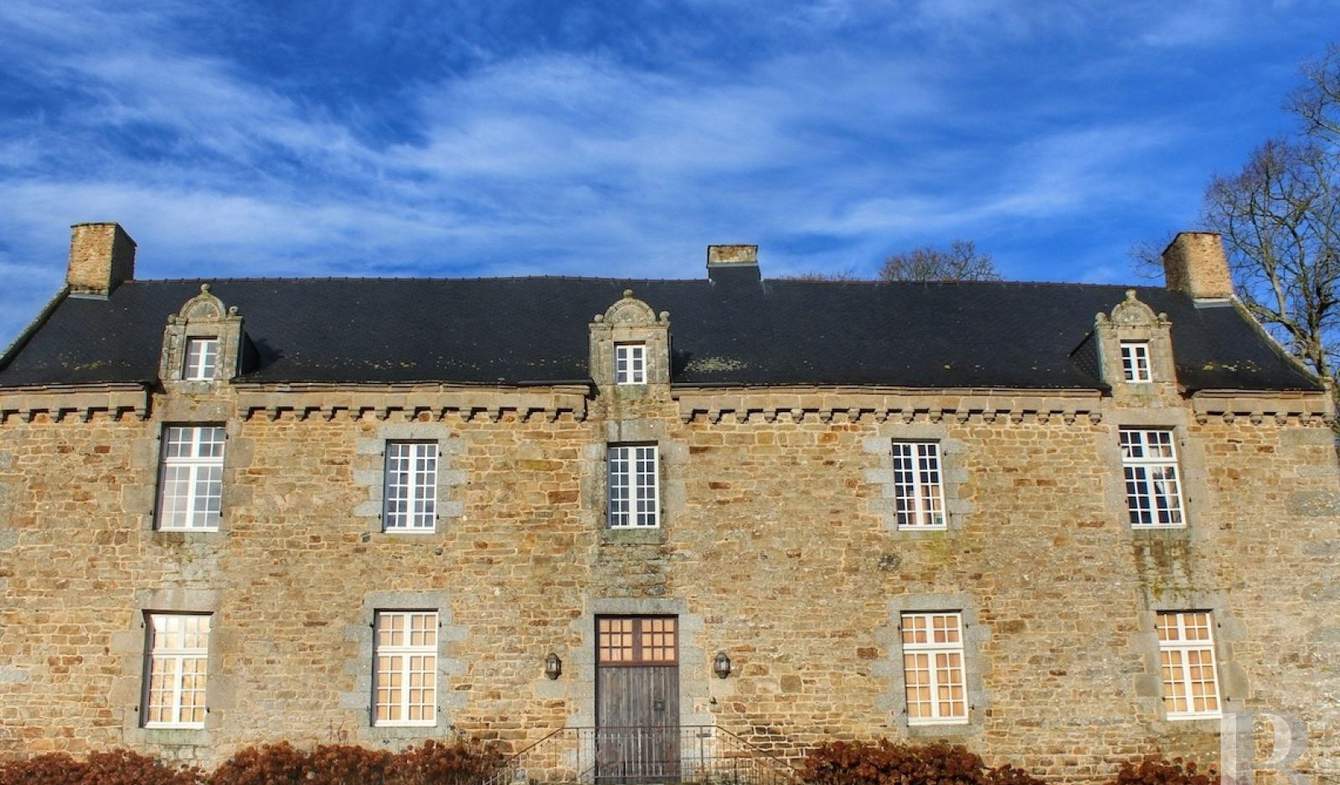 A 16th century manor house in 5 hectares of land, just 15 minutes from the beaches on Penthièvre coast.This manor house stands on high ground, dominating the surrounding meadows, on the outskirts of a village with almost 6,500 inhabitants. Out of sight of onlookers and initially concealed by a spinney, it then takes pride of place within its perimeter walls, the main access to which is closed by impressive gates. This property is near to the Nature Reserve of the Bay of Saint-Brieuc (port prefecture of the French department of Côtes-d'Armor), and its beaches as well as a wood, spanning more than 100 hectares, with amenities to please hikers, runners, cycling enthusiasts, families and nature lovers. The main road, several kilometres away, provides easy access to the various economic and tourist centres of Trégor and the Pink Granite Coast, Erquy-Pléneuf-Val-André and the Penthièvre Coast, Greater Rennes as well as the Corsaire city of Saint-Malo.This manor house stands facing a little access road. Successively and on both sides, its perimeter walls include several outbuildings, including an old bread oven. They come to an end at the foot of columns supporting the large entrance gates. In the meadow opposite, an authentic wash-house and a fountain-chapel have undergone restoration works, the artistic quality of which is astonishing.In the midst of the courtyard, a 16th century garden well with a round shaft composed of superb stone and well-ironwork featuring three twisted wrought iron arms that meet at the top to support the pulley. Seen from the air, this is a well-balanced property, with its manor house and closed courtyard on high ground in the centre, forming a peaceful little fiefdom.The manor houseThis rectangular manor house spans two levels under an attic floor. Its gable roof features three pediment roof dormers and a dressed stone crenelated cornice. A dual stairway on the facade provides access to the entrance door which opens into a vestibule, housing a U-shaped stairway with an intermediate landing. A ground floor where stone and lime-rendering are omnipresent; an upstairs where panelling produces a contrasting effect courtesy of the warmth it exudes.Ground floorA vast reception room, illuminated via four large windows. Two adjoining rooms: the first, currently used as a dining room, is followed by a vast kitchen. Each of the three rooms has a monumental fireplace.First floorFacing one another on the first-floor landing are two wings. Each is closed by a door as if two large flats, overlooking the courtyard, extended on either side. In fact, the layout is identical: a toilet, two bedrooms, one of which is bigger with a granite fireplace, and an adjoining bathroom. The current owners of the property have meticulously restored this level using a great deal of panelling. This contrast is enhanced by the exposed stone of the wide stairway.AtticThe layout of the attic space is identical to that on the first floor. However, the two wings are accessed via two semi-circular arched doors. The full floor surface area awaits conversion. The roofing framework, in pristine condition, with a clearance of more than 2 m, makes it possible to imagine a spacious area where the original roofing framework is, ideally, left exposed. Conversion of this second floor would increase the total living space of the house by approx. 140 m²: additional bedrooms, private flats as part of a bed & breakfast activity, a games room, a study and even a library.The outbuildingsThe outbuildings are all laid out in the closed courtyard. A bread oven is still to be found in the old bakehouse. An old barn, an old stable and a woodshed could keep their original vocations or be used for other purposes. It would …

Listings similar to this property, Pléneuf-Val-André

With its sea view and its wooded setting, this property with its numerous outbuildings can easily suit a tourist or commercial project. You will find 380 m² of living space on the main...

This beautiful property is located not even 20 km from Dinan, in a peaceful countryside where nature and old stones are one. The property is made up of three dwellings of which a rural... 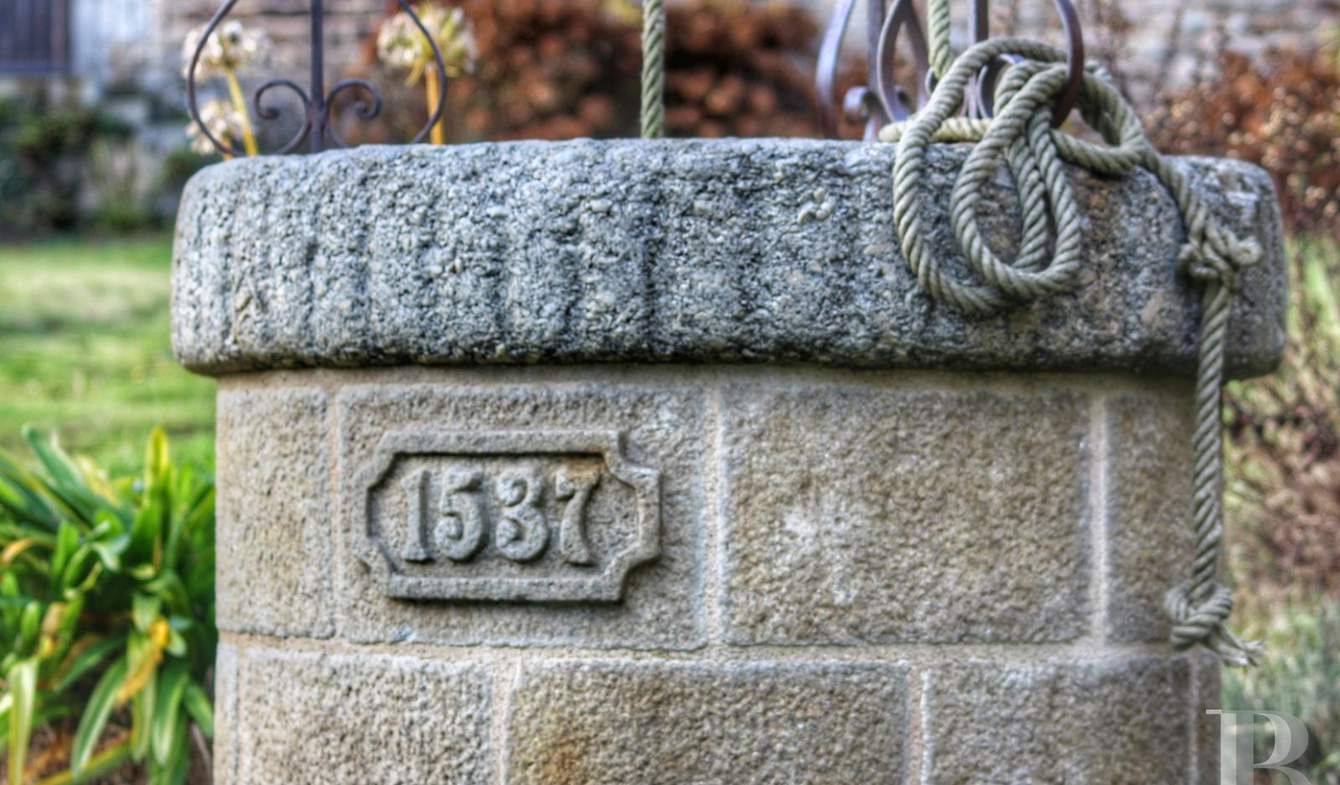