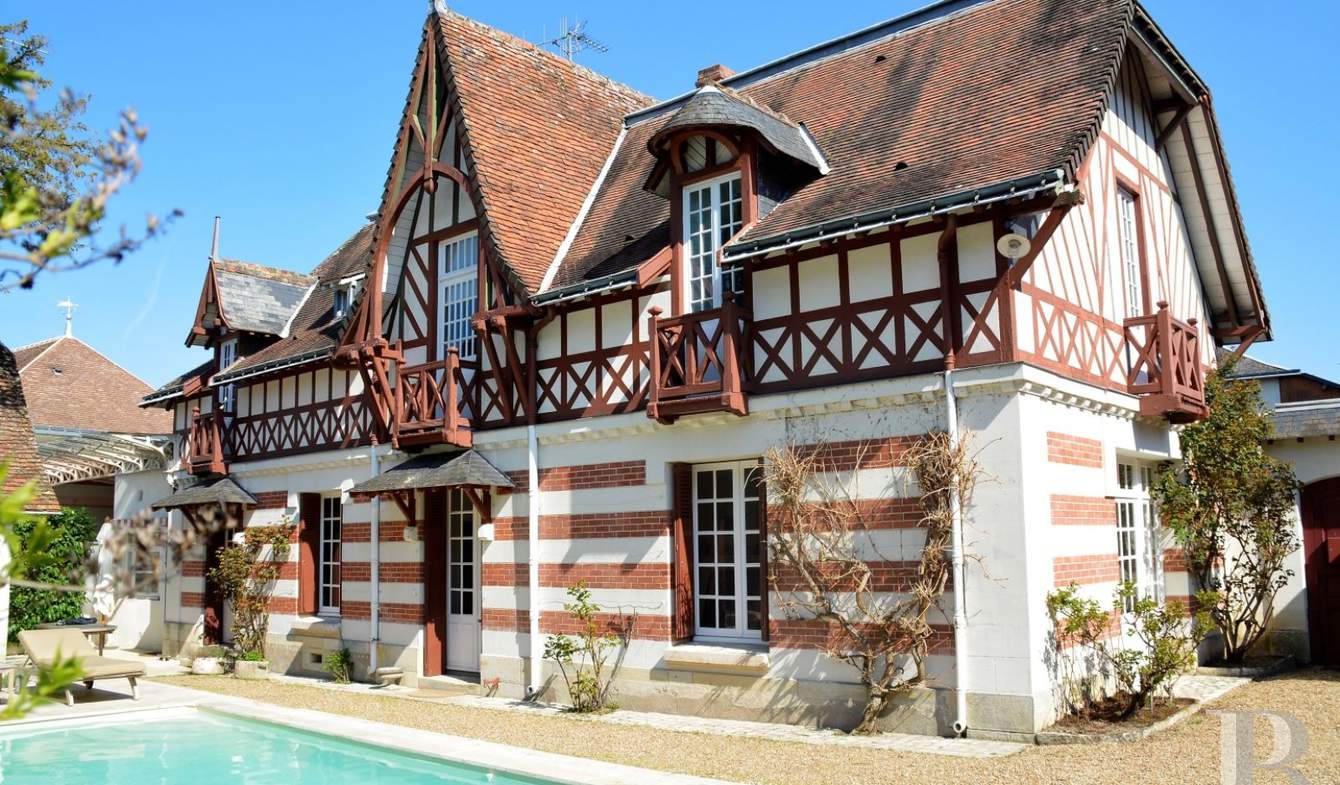 A surprising, Anglo-Norman property 10 minutes from the town centre of Tours.In a much sought-after town to the south of Tours and 7 minutes from a TGV train station with 60-minute links to the French capital. In a residential district, with many old properties, all local amenities, shops, schools and public transport. Protected from any nuisances by the parklands of an adjoining 17th century chateau, this house stands in the town amidst historic surroundings.A little roads runs along the east side of the property. The inner courtyard is reached by cars via tall wooden gates, flanked by freestone pillars, and by pedestrians via a gate set in the perimeter wall. The west facade of the house, bordered by a terrace, faces the courtyard and its central swimming pool as well as the guest house. The entire property is enclosed by walls, providing complete privacy. The numerous openings on the ground floor ensure that perfect harmony exists between life inside and outside the house.The house, originally dating from the 18th centuryOnce an outbuilding of the neighbouring 17th century chateau, this building was used as a barn and a cellar. It was transformed into a house at the beginning of the 20th century. Now reflecting an Anglo-Norman style, its facade features layers of freestone and brick, half-timbering as well as a variety of openings upstairs and is topped with roofs that are sometimes pointed and sometimes curved. Its flat red roof tiles, its beams and its shutters, all painted Bordeaux red, give it an air of a seaside villa. This old barn has become a house, spanning approx. 170 m² of living space over two levels. The last conversion works, which provided modern-day home comforts, date from 2017. The original cellar, still in existence, is reached from inside the dining room via a clever glass trapdoor which can be lifted to provide access to a stone stairway.Ground floorThe main entrance door, on the west facade, opens into a hall which houses an oak wood stairway and, at the end, a cloakroom, with a toilet and wash-hand basin. A triple aspect, spacious lounge, on the right-hand side, features parquet flooring and a stone fireplace. Wide, south-facing, double-glazed doors let copious amounts of light into the room, which can be shaded via a system of indoor sliding pocket shutters. A double aspect dining room, on the left-hand side, is enhanced with parquet flooring, a door opening on to the courtyard and a stone fireplace. An unusual glass trapdoor lifts up to provide access to the cellar. This room is followed by a very bright kitchen, opening on to the terrace. Completely redone in 2017, its top quality fixtures and fittings make it extremely functional.First floorWith parquet flooring throughout, this level is also flooded with daylight courtesy of its numerous openings, facing in every direction. The landing opens on to a little balcony facing the swimming pool. A large bedroom, on the right-hand side, has a marble fireplace, large cupboards with old doors, followed by a comfortable west-facing bathroom, with a shower and toilet, opening on to another little balcony. A further two bedrooms are on the left-hand side of the landing. The smaller of the two dominates the courtyard on the west side whilst the bigger bedroom, with a marble fireplace, faces south. There is also a shower room and toilet.The guest houseThis 18th century guest house stands facing the main residence which it can access directly via the terrace. Its architecture blends harmoniously with the rest of the property. The ground floor comprises a large linen room, a boiler room and a laundry room. Upstairs is a bedroom, with half-timbered walls, as well as a shower room and toilet. A tall, south-facing window, illuminating …

In the heart of the Cathedral district of the city of Tours an 18th century chapel converted into a home. Tours, the capital of the Touraine region, with its historic centre listed by...

A 16th, 17th & 18th century, traditional, long farmhouse, in an attractively laid out garden, 15 minutes from Tours. Three hours from Paris, this property is in a small town with most...

15 KMS FROM TOURS Nestled in a magical site, this property is made up of three medieval mills with water rights. Entirely restored and of exceptional quality, this atypical estate with...

The origins of the property are inscribed in the strongholds of Touraine from the 17th century. This homogeneous whole distributed between castle and dependences, is placed in the heart... 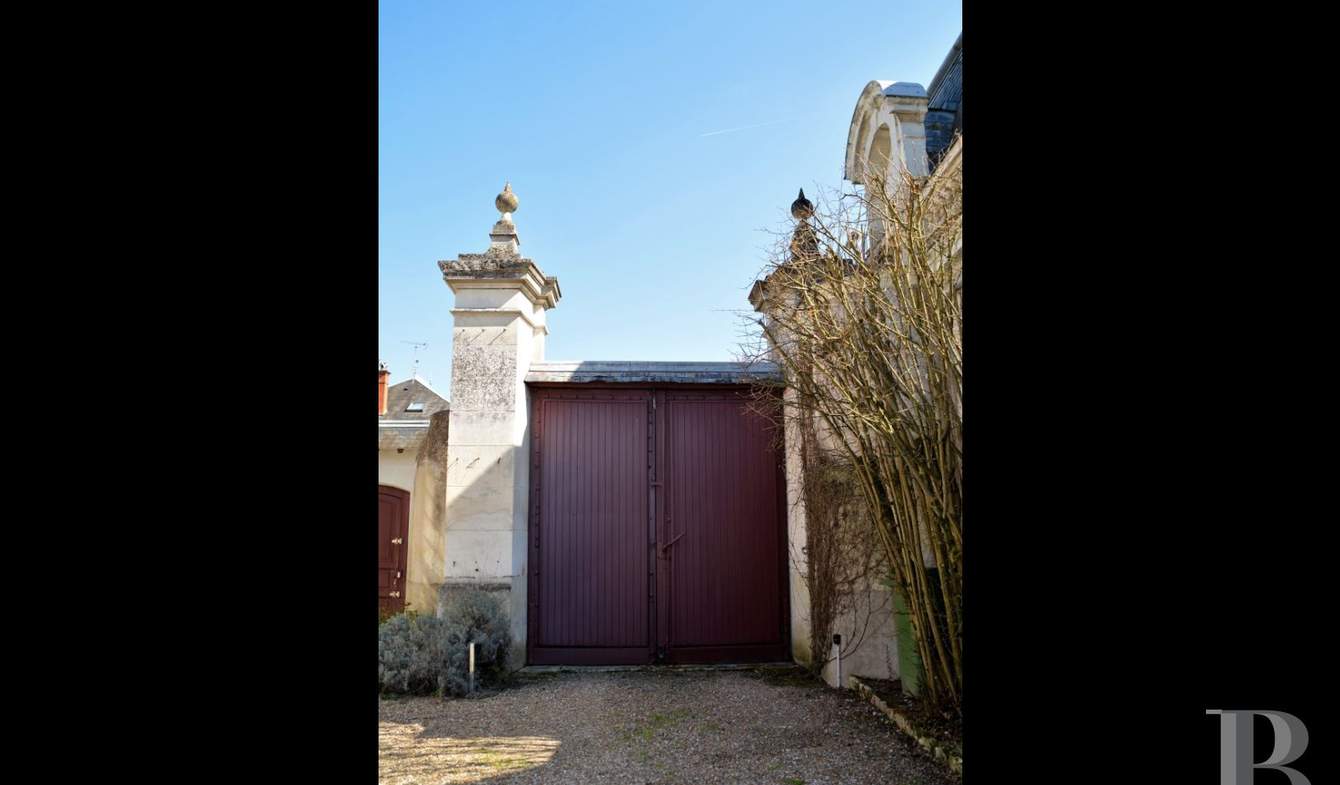