An 18th century mansion house and its wooded garden in the centre of a town on the banks of the Loire 25 km from Tours.Set in the Loire-Anjou-Touraine regional nature park, to the west of Tours, in a town famous for its chateaux and which is featured several times in the work of one of the masters of 19th century French novels.Near to numerous sites and monuments which bear witness to a rich historic and artistic past, abounding in illustrious characters who have left their mark or their memory.It can be reached in a roundabout way by following the banks of the river Loire or the Indre Valley.Other means of access and transportation are more direct and faster, via the A10 or A85 motorways, or even via the N10, as well as via a TGV or TER train.Although the centre of the market town has shops, it is peaceful.Just a stone’s throw from the centre of the small town, bordering the main street, an old stone wall topped with wrought iron railings runs the width of this property, with gates supported by two stone pillars opening in the middle.A garden extends for more than 800 m² in front of the house.In the left-hand corner, a garden shed is used for storage purposes. And, on the right-hand side, a little 2-storey building, with an opening on to the street, was once used as a shop or a garage. It could be converted into an independent 2-roomed dwelling.In the middle is a grassy area, planted with trees and adorned with a few old, authentic features such as a small arbour, an old well, a stone bench and a small dovecote with several rows of aligned dove-holes, hanging on the wall. Another little garden shed. A little flight of stone steps goes down to a paved terrace running alongside the residence’s facade.On the right, on a lower level, another flight of stone steps leads to the cellar.On the side, a little pedestrian gateway, set in the stone wall, provides access out into the adjacent narrow street.The exposed stone facade of this mansion house exudes a certain harmony, notably because of the regular layout of its windows and French windows, all featuring small panes and wooden shutters. A few lights enhance the building, topped with a slate roof, alternately featuring shed dormers and skylights.The rear of the residence borders a narrow street. This facade reflects the same character and style as the one on the garden side, with access via a little, double flight, stone stairway.The mansion houseThis mansion house spans almost 250 m² of living space over three levels. With eight rooms and five bedrooms, this reasonably-sized residence features sober, harmonious decoration, making it pleasant to live in.Ground floorThis elegant building, with its stone walls and exposed ceiling beams, opens via a glazed door into a 20 m², fully fitted kitchen, with paved flooring. On the left-hand side, a large, 35 m² room, with paved flooring, opens on to the garden via double, glazed doors. On the right-hand side, another entrance to the residence comprises a single, glazed door, which opens into a small vestibule and a corridor. Double doors make it possible to go out into the narrow street, running behind the residence.A wooden stairway, going upstairs, is near to cupboards and a toilet.A first reception room, in use as a lounge, has wall shelves and communicates with the garden via a glazed door.A second reception room, laid out as a dining room, is enhanced with a stone fireplace and double, glazed doors that open on to the outside.First floorThis landing is laid with parquet flooring. On the left-hand side are a hall area, with a cupboard, a tiled bathroom, with a shower, and a toilet.They precede a 35 m² bedroom, with parquet flooring and a stone fireplace. On the right-hand side, two more bedrooms spanning 25 and 35 m², have stone fireplaces and …

This old chapel of the nineteenth century was completely renovated in 2010 under the control of the Buildings of France. The religious building has been transformed with passion into an...

A large, luxurious home awaiting renovation, with a swimming pool, stables, outbuildings and almost 44 ha, on the edge of Brenne Regional Nature Park in the French department of... 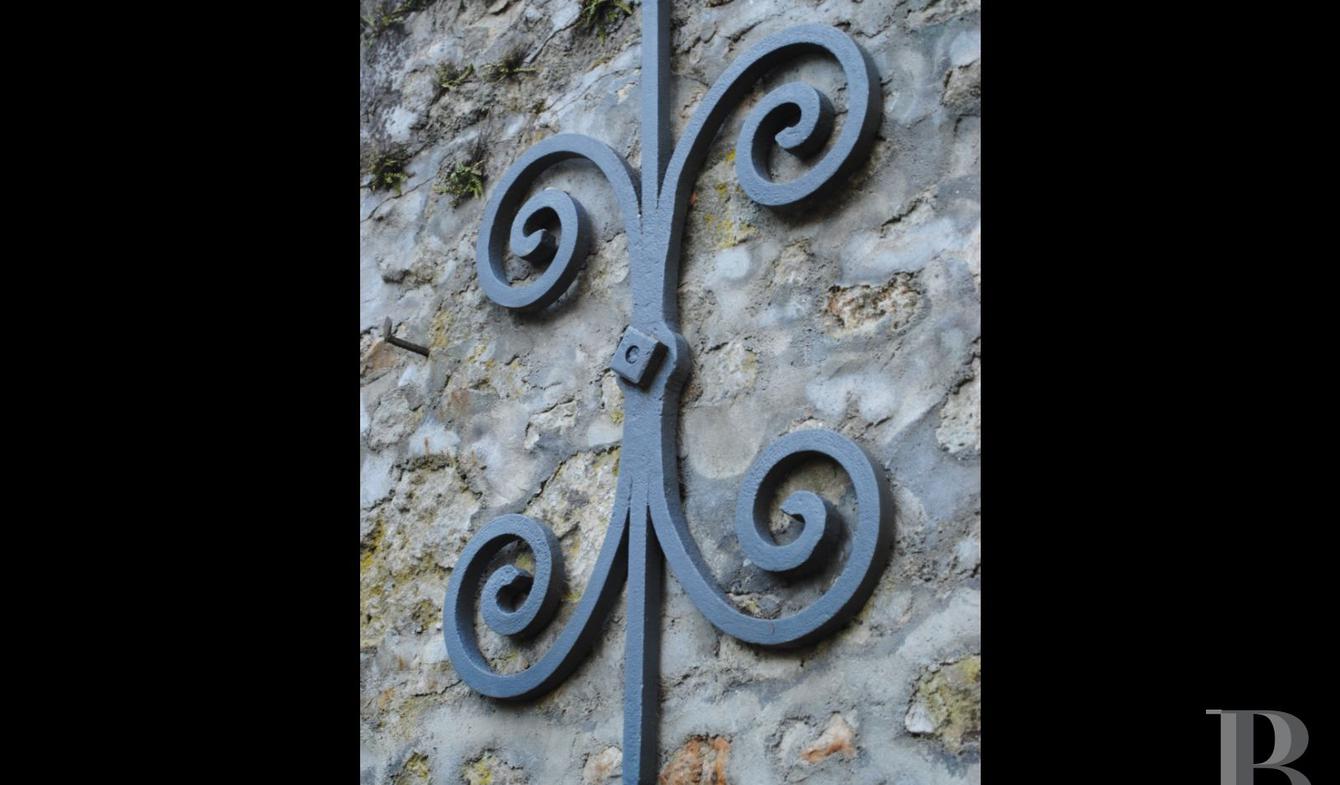