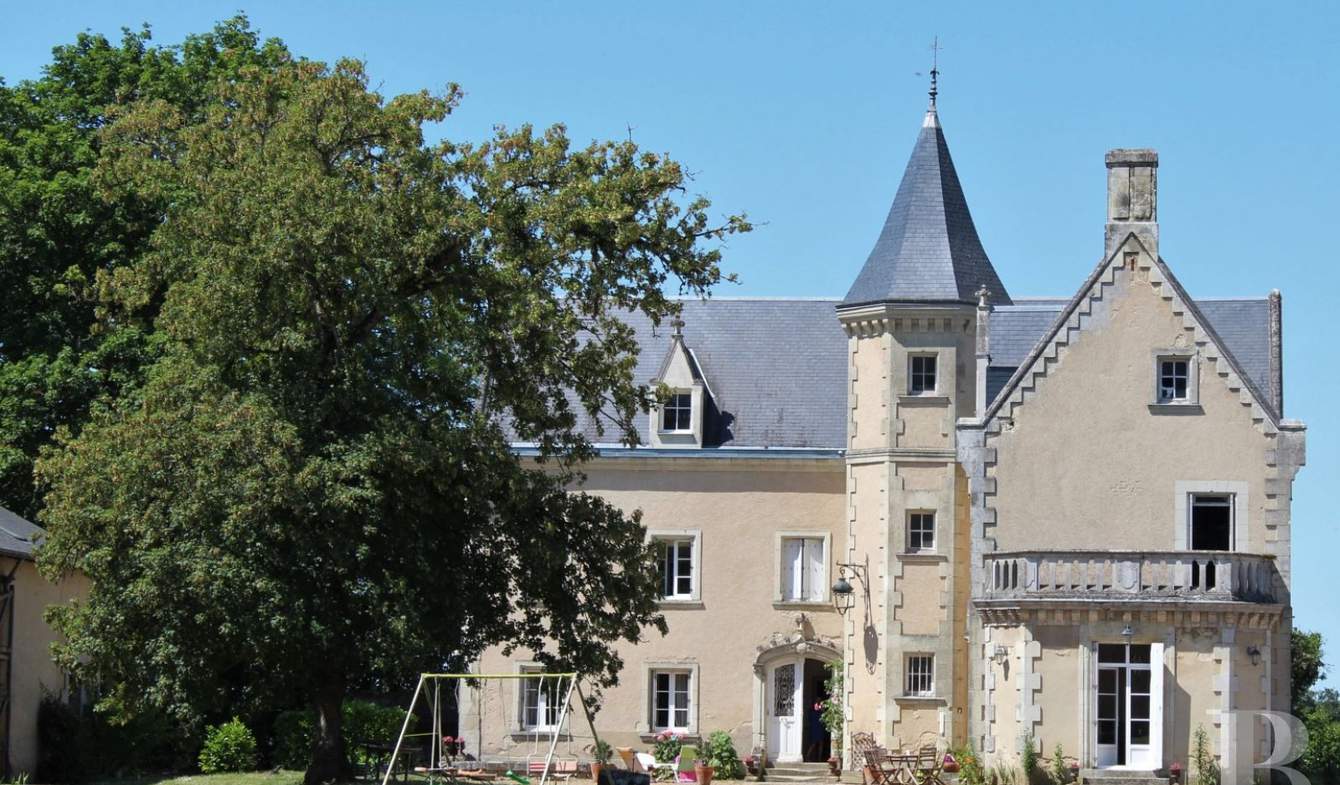 A 19th century chateau and its outbuildings in 7 hectares just 30 minutes from Tours between the Loir and the Loire rivers.In the north of the Touraine region, between the Loir and the Loire rivers, 2⅔ hours from Paris via the A10 motorway. 30 minutes from a TGV train station and Tours-Val-de-Loire airport, with its regular, direct flights to Marseille, London, Dublin, Marrakech and Porto. 5 km from the nearest shops and amenities. On an undulating plateau, ideal for crops, dotted with woods and estates.Entrance gates, off a little-used secondary road, open on the corner of the wood. This property has had various entrances, but nowadays a driveway, crossing a wooded area of the parklands, leads initially to the stables, prior to going around them to the chateau. The main facade of the latter faces east. The outbuildings, previously composed of three buildings, are laid out on either side of the chateau. The outbuilding, used for farming purposes on the northern limit of the property, no longer belongs to the estate but having no access to the parklands, it is not a nuisance. The outbuilding, following on from the chateau and spanning a ground surface area of approx. 130 m², is used for storage, garage and workshop purposes. The last outbuilding houses the stables as well as a 2-storey flat and a room, known as the chapel, containing an altar. This is the sole vestige of the original chapel, no longer in existence. Parklands extend in front of the chateau, providing a vista between the two woods. In one of the latter remains an old wash-house, fed by a neighbouring brook, enabling those living in the woods to slake their thirst.The chateauThis chateau comprises a main building and a wing set at right angles, flanked on a corner by a turret housing a spiral stairway. The wing’s east gable features a single-storey projection topped with a terrace, built outside of the carcass. The facades are sober. The slate roofs, featuring gable roof dormers, are steep such that the attics could be converted if so desired. The front door is topped with two winged lions, holding a coat-of-arms, where it is possible to glimpse another lion, this one running.Ground floorAll the rooms on this level, with the exception of the large lounge, have been redone in a contemporary style. The door and window frames as well as the folding and rolling shutters are all made of PVC. The entrance hall provides access, in the main building, to a little lounge, a games room, a kitchen and a through dining room. The latter has a fireplace as well as a stairway going upstairs. The kitchen is fitted with a Falcon cooking range with three ovens and six burners. The mantel and framing of the fireplace in the little lounge are covered with ceramic tiles featuring blue and white crosses as well as bearing the initials of the owners of the property in the 19th century. The east wing can be accessed via the tower. The stairway and the large lounge reflect the Art Nouveau style via their mosaic floors. The large lounge also features a white stone fireplace, panelling, a high ceiling and stained-glass windows. And lastly, a study, laid out in the projection, features panelling, parquet flooring and a ceramic fireplace.First floorThe spiral stairway goes, first of all, to the upstairs in the main building. There, a long corridor provides access to four bedrooms, three of which have their own shower room, a bathroom with a toilet, the stairway coming up from the dining room and that going up to the attic. The spiral stairway continues, leading to a large room, identical in size and ceiling height to the large lounge. This room has oak wood parquet flooring, laid in a herringbone pattern, and opens on to the terrace.OutbuildingThis tall farm building has a slate, gable roof, with a break, housing an attic. It …

Listings similar to this castle, Tours

FOR SALE BETWEEN TOURS AND POITIERS Pleasant 15th C. Chateau of 460 m2 as living space, renovated with authentic materials, set in 8 hectares of woods, garden and vegetable garden, with...

An 18th century mansion house and its wooded garden in the centre of a town on the banks of the Loire 25 km from Tours. Set in the Loire-Anjou-Touraine regional nature park, to the west...

CITYA PLANCHON IMMOBILIER, offers in the heart of the LOIRE Valley this 15th century Château. This residence steeped in history, located in the middle of the vineyards, is close to the... 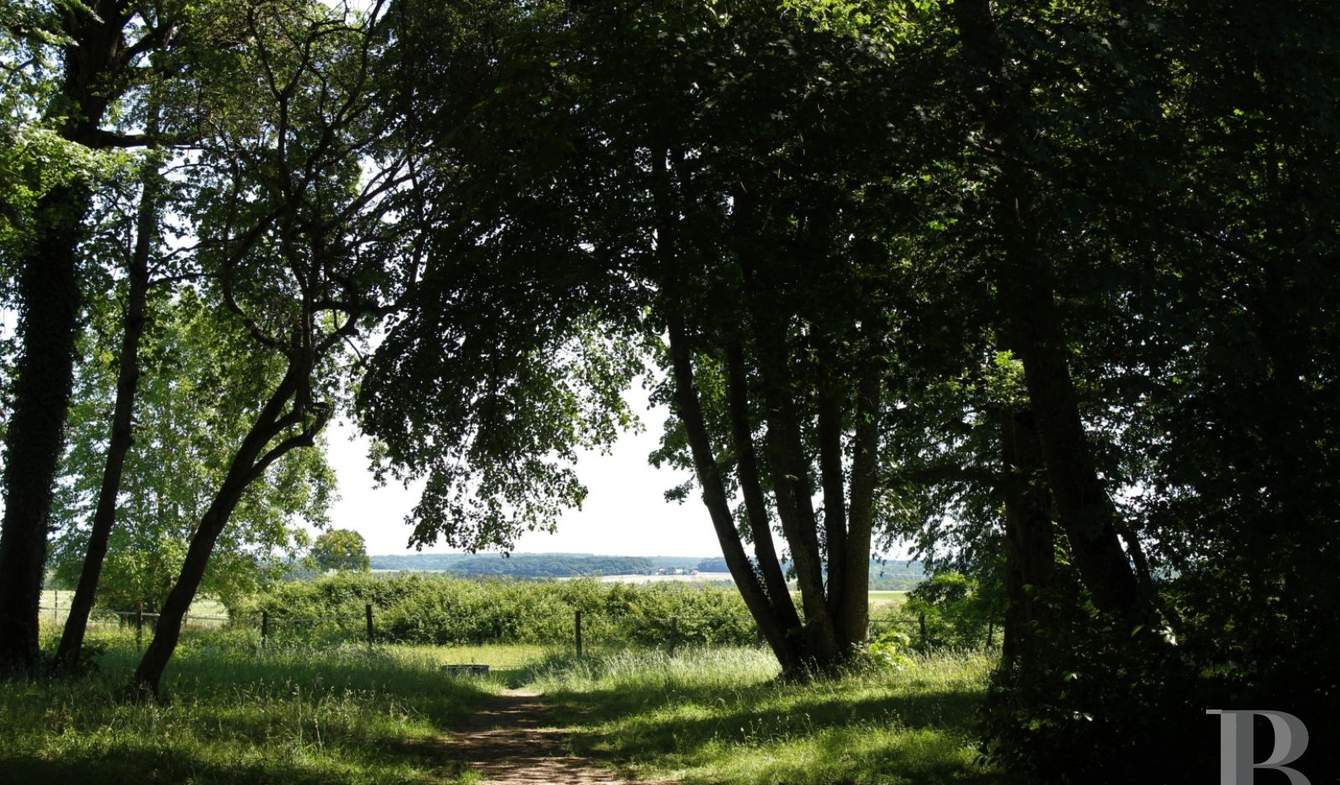