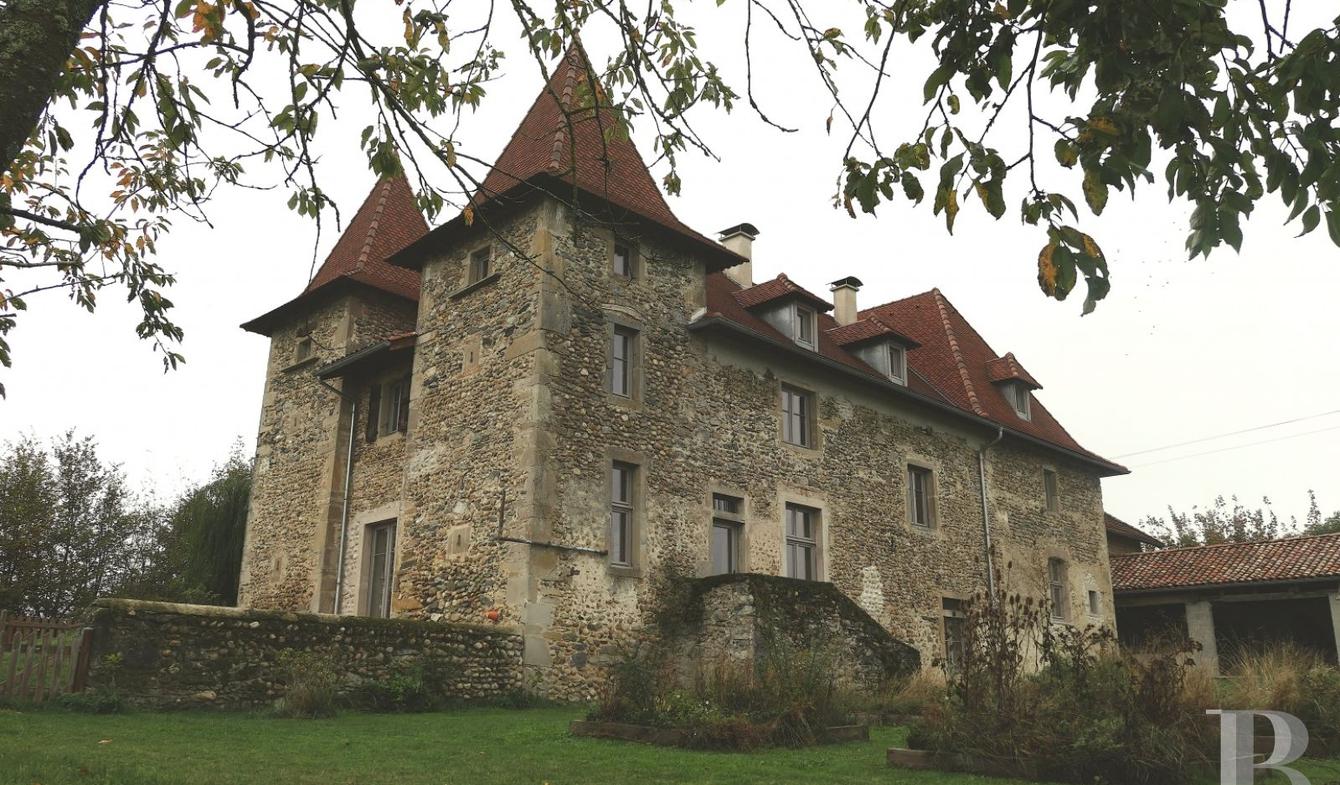 In the Lower Dauphiné region between Lyon and Geneva, an old stronghold house set in 4 ha of land.On the outskirts of a little rural town (small local shops, infant and junior schools), 50 minutes from the centre of Lyon, on the Lower Dauphiné plateau.This property is less than 15 minutes from the pleasant town of La-Tour-du-Pin, to the west of the former land of the “Allobroges”, the name of the Gallic tribes that once occupied old Savoy.This estate is easy to reach courtesy of the proximity of slip roads for the A43 (Lyon-Chambéry-Turin) and A48/49 (Grenoble - South of France) motorways. It is also near to a medium-sized town (SNCF train station, all shops, secondary schools and sixth form college). Lyon international airport is 30 minutes away as is that of Grenoble which has several international links, predominantly with Great Britain.This property is an old stronghold house that was probably constructed between the 11th and 12th centuries on the foundations of the local barony’s old castle. Given the two dovecotes on the east facade, its actual appearance dates from the 15th century. Since this time, this building, exuding the air of a manor house, has belonged to noble families and has been architecturally developed in a harmonious manner, providing it with large surface and living areas.The large rooms, the rammed clay walls and the hip roof on the barn extending the west facade bear witness to a stately or monastic architecture typical of the Dauphiné region and thus contribute to the building’s overall harmony. Further away, on the edge of the grounds, the ruins of a 12th century church bear witness to the age of the original premises; some seven other houses in the town have been identified as dating from the same era.The setting is very peaceful as the property is not only on the edge of a hamlet composed of several houses but also protected by its four hectares of land in a slightly dominant position.A country lane provides access to a 100-metre-long drive, redone by the current owners, which leads, in turn, to the building. The main entrance is on the south side.The houseAll that is left of the old stronghold house are several vestiges in the central section of the edifice. Transformations over the centuries have given the building pleasant living spaces with large openings, looking out over the virtually unspoilt, natural surroundings. With a ground surface area of more than 600 m² and a T-shaped layout, formed by two barns at the end of the main section of the house, the east-west aspect ensures copious amounts of daylight all through the day.This building was completely renovated by its current owners over a five-year period (2013-2018) under the supervision of an architect from Bâtiments-de-France. From the carcass (walls, beams, roof) to the interior rooms (stone floors, heating, doors and windows, woodwork), its appearance remains sober courtesy of the quality of the materials used and the rehabilitation of the original rooms.Spanning three levels, this house spans almost 400 m² of living space. The 200 m² of attic space has also been fully renovated and converted. Almost 80 m² of barn, hayloft, boiler room and garages form the top bar of this T-shaped building.Ground floorThe entrance door opens into a vestibule where the eye is immediately drawn to an elegant, dressed stone stairway and its wrought iron scrolls, bearing witness to the origins of the premises. The reception areas have French ceilings: kitchen, dining room, lounge and music room, with barrel or cross-ribbed vaults, some of which open on to the garden on the north-east side via a wonderful outside stone stairway or the pleasant terrace all on a level along the east facade, dominated by two dovecotes. Several fireplaces are in good working order. A cloakroom as well as …

On a plot of 5 ha, remarkable property of the early eighteenth century located in a dominant position facing a splendid panorama. High cellars on the ground floor and a floor + attic,...

On outskirts of town with shops and easy access to the A49 motorway, exceptional architect-designed villa built in the 2000s and set in 1 ha grounds. Approx. 300 m2 living space...

"In a green setting with the feeling of being on vacation." Located 12 minutes from Chambéry and 18 minutes from Grenoble in the town of Barraux, in a very quiet residential area with an... 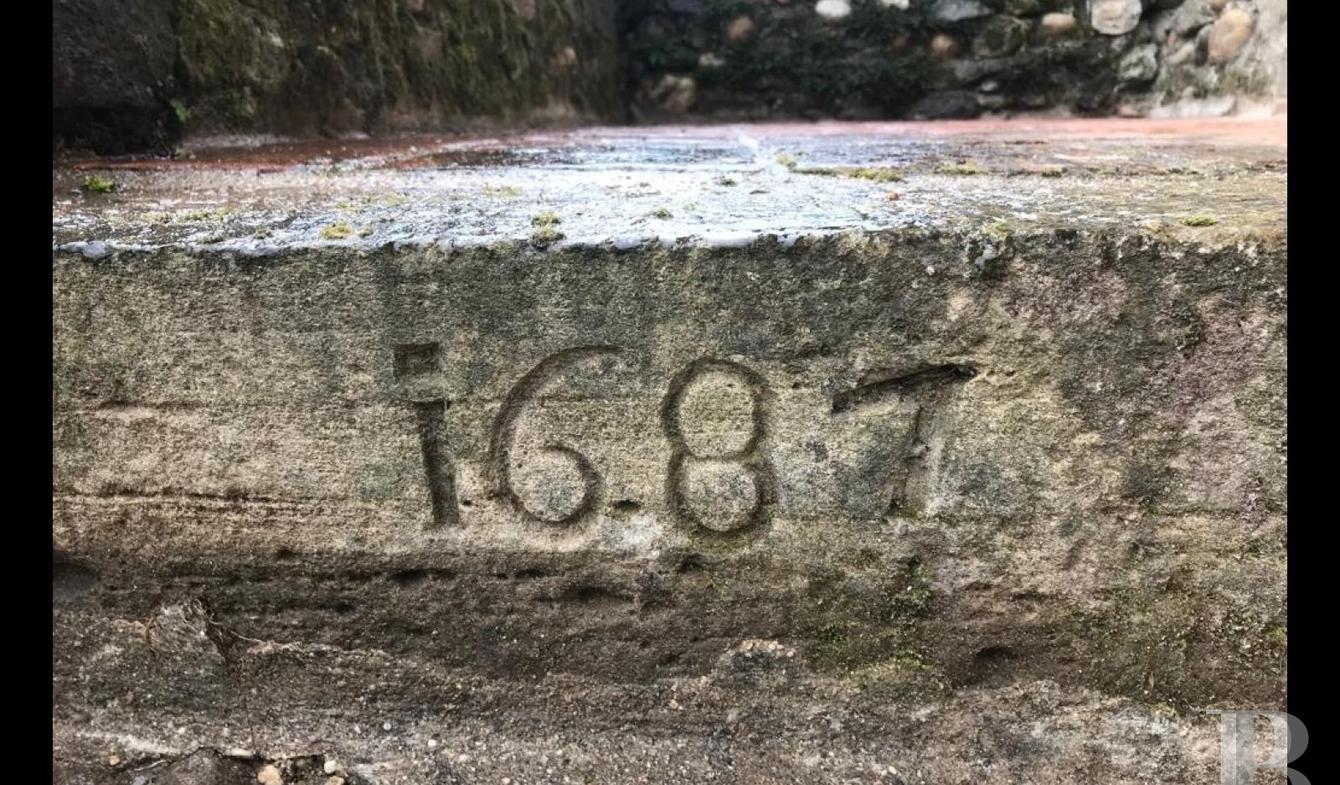