A large, luxurious, freestone home in 5,700 m² of parklands on the banks of the Loire, near Tours, just 75 minutes from Paris.2½ hours from Paris via the A10 motorway.10 minutes from the TGV train station with 55-minute links to the French capital.In the heart of the Loire Valley with its chateaux, a landscape classified as a World Heritage site by Unesco and recognised for its beauty, its mild climate, its gastronomy, its vineyards as well as its exceptional historic, architectural and cultural heritage.In the very heart of a small town between Tours and Amboise, with all local shops and amenities as well as a weekly market.This property stands on the embankment of the Loire with a superb view over the most majestic of French rivers.Completely walled, it is accessed via a large gateway which opens on to a lime tree-lined alleyway and the large gravel courtyard which extends in front of the large white facade. This freestone residence with its local slate roof was built in 1907.The house, spanning three levels and approx. 590 m² of living space, is set in the middle of 5,748 m² of landscaped parklands, planted with listed trees over one hundred years old.Several outbuildings, including a 40 m² summer kitchen, are dotted all around the property.The large, luxurious homeThis impressive, classical-style building spans three levels and has numerous old features in its spacious rooms.Ground floorThe ground floor comprises good-sized reception rooms with 3.4 m high ceilings. It predominantly includes a lounge with a fireplace, a dining room, a fitted kitchen and a back kitchen.This level also has two separate toilets with two wash-hand basins in a vanity unit, a linen room and a study. A hall area fitted with cupboards also provides access to a bedroom and its shower room with an Italian shower as well as a billiards’ room, a small linen room and two small storage rooms.First floorAn oak wood stairway leads up to the first floor which has parquet flooring throughout. The landing provides access to a separate toilet with a wash-hand basin and a first large bedroom, with a bathroom and a separate toilet, opening on to a terrace which looks out over the parklands and the Loire. This room precedes a second bedroom with a bathroom and cupboards, followed by a third bedroom with exposed beams and cupboards as well as a fourth bedroom with its shower room and toilet.This level provides access to an attic which could be converted.Second floorThe landing leads to a first bedroom with exposed beams, a shower room and a toilet. It is followed by a second bedroom with a shower room and a separate toilet as well as a third bedroom with a shower room and two small children’s bedrooms.OutbuildingThe outbuildings include a 40 m², tiled summer kitchen, three garages and a covered terrace area.Five cellars have been hewn out of the rock. One of them, superbly converted into a wine cellar, can be used for laying down vintage wines “ad vitam”.The parklandsThe fully enclosed grounds, spanning 5,748 m², include a large gravel courtyard and a terrace, from which it is possible to admire the property’s tall, listed, one hundred year old trees (ginkgo biloba, sequoia, cedar). It also has a private passageway leading directly to the centre of the village.

Listings similar to this property, Tours

Located 15 minutes from the centre of Tours, this property boasts a stunning setting affording picturesque views of the Loire. Presenting typical turn-of-the-century architecture, this...

Jinvesty offers you part of a building because the ground floor (Commerce is not part of the sale) entrance with independent entrance. Intercom, fitted and undeveloped kitchens for some....

A 19th century, large luxurious home, with outbuildings, in landscape parklands six minutes from Tours’ town centre. To the south of Tours, in the midst of a little, sought-after... 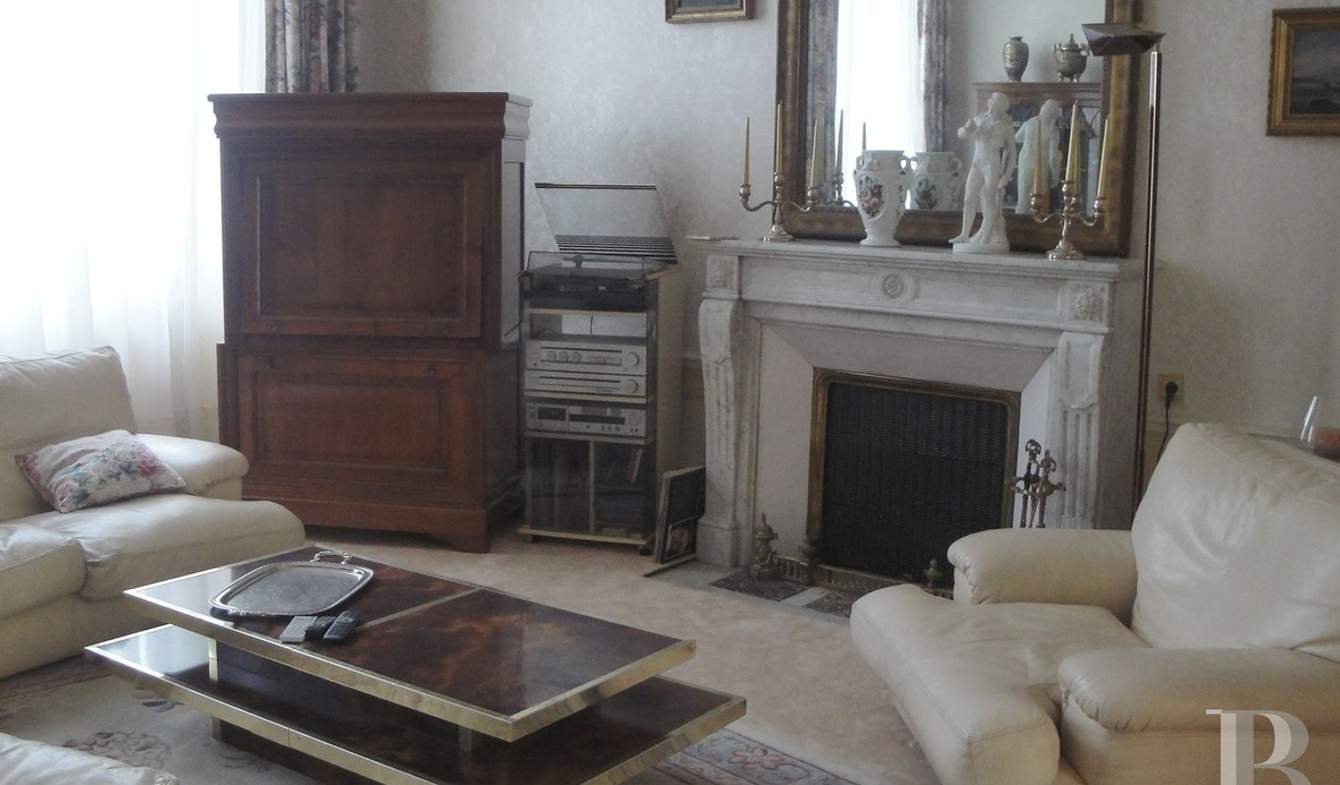