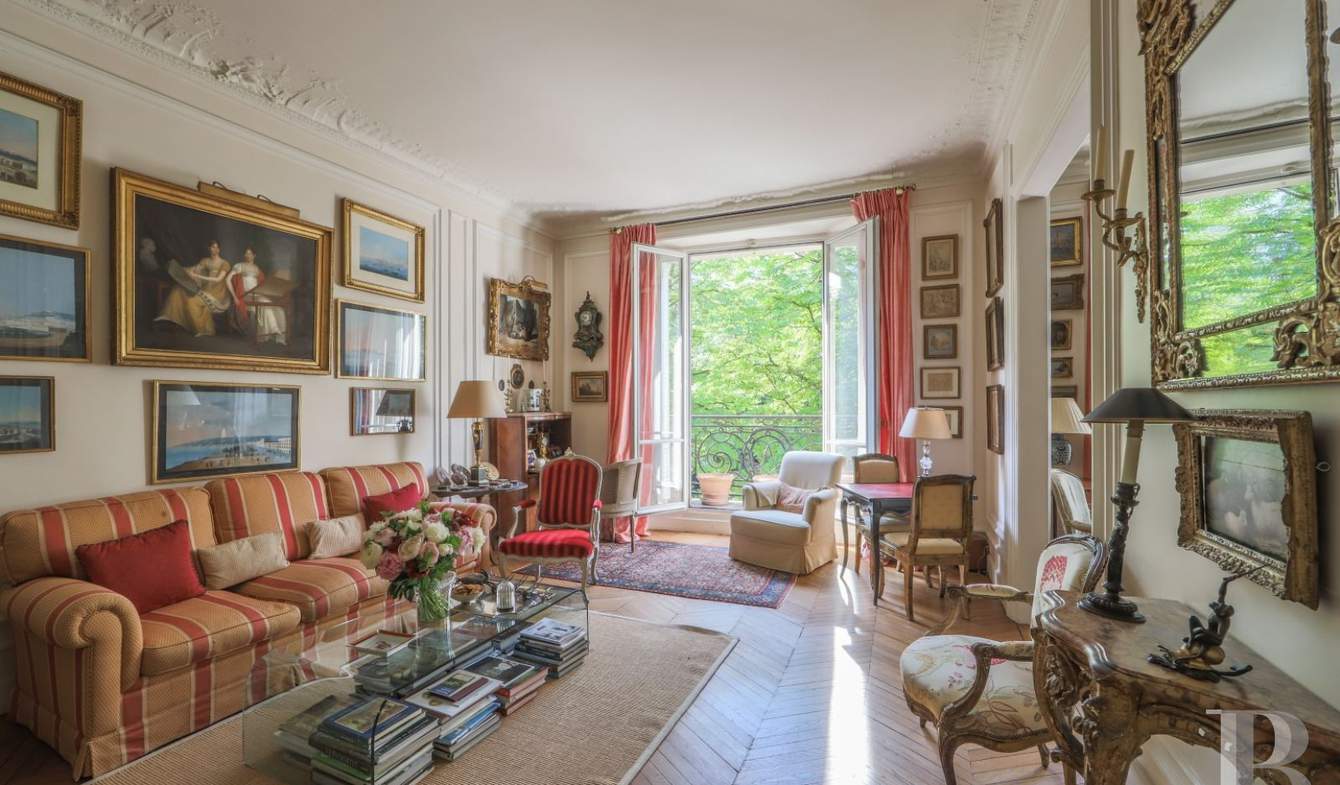 A 218 m², family flat, between Trocadero Gardens and Passy, in Paris’ 16th arrondissement.Albert-Joseph-Sélonier, architect of constructions after the Haussmannian era, was one of the most prolific known to the French capital. The city boasts no less than 300 of his buildings, including the dressed stone one housing this flat. Once through the wrought door protected by numerical keypad and surveillance security systems, visitors reach the comfort of a wide hall. This flat takes up the entire second floor, accessed via a large stairway. There, a vast gallery, paved with stone featuring inlaid decoration, leads, on one hand, to the reception rooms, with their herringbone pattern parquet flooring and their balcony: a lounge, a small lounge, a dining room with an adjoining pantry and kitchen. At the other end are four bedrooms (including one with an adjoining bathroom), a bathroom, a shower room as well as three toilets and numerous cupboards. Three large cellars as well as two staff bedrooms come with the flat. A car parking space is also available below the flat.The flatDouble doors provide access to this 218 m² flat. All early 20th century decorative codes become immediately obvious. A vast gallery, with a stone floor featuring inlaid decoration and a 3.2 m high ceiling, leads, on one side, to the reception areas. Each of the ceilings in the lounge, the small lounge and the dining room, with their gilt marble fireplaces, are enhanced with moulding and friezes, depicting cherubs and country scenes. The walls are embellished with coffers and the floors with herringbone pattern parquet flooring, creating a classical style. The three rooms feature large, double doors opening on to a long, stone balcony. A functional kitchen is separated from the dining room by a pantry. On the other side of the gallery are four bedrooms. The first and biggest has its own bathroom. Once again, moulding and a fireplace are part of the decorative features. The three other bedrooms share a bathroom and a shower room. Two staff bedrooms (8.5 and 7.5 m²), including one with a view of Eiffel Tower, as well as three cellars complete this property.

Paris 16th - Place des Etats Unis - Avenue of Jena. Ideally located, this decorator apartment with an area of 186 m² is located on the 3rd floor of a luxury Haussmann building. Quiet, it...

Victor Hugo - Balconies - Terrace - 6th floor - 3 bedrooms In one of the most beautiful buildings on the avenue, 197m2 apartment, refurbished, on the sixth floor with elevator. It...

La Muette neighbourhood. This atypical and charming artist’s studio-style apartment is on the 1st floor of a fine turn-of-the-century freestone building. An entrance hall leads to two... 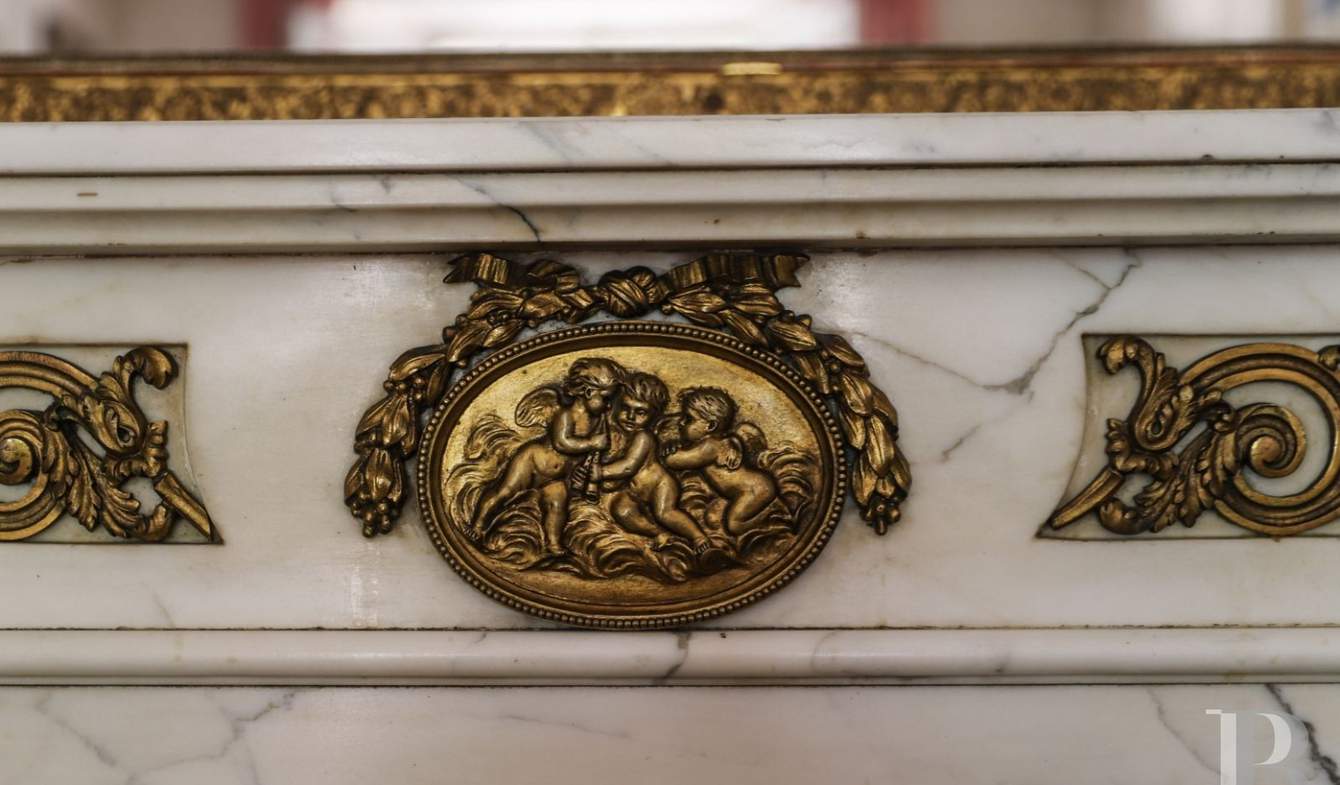