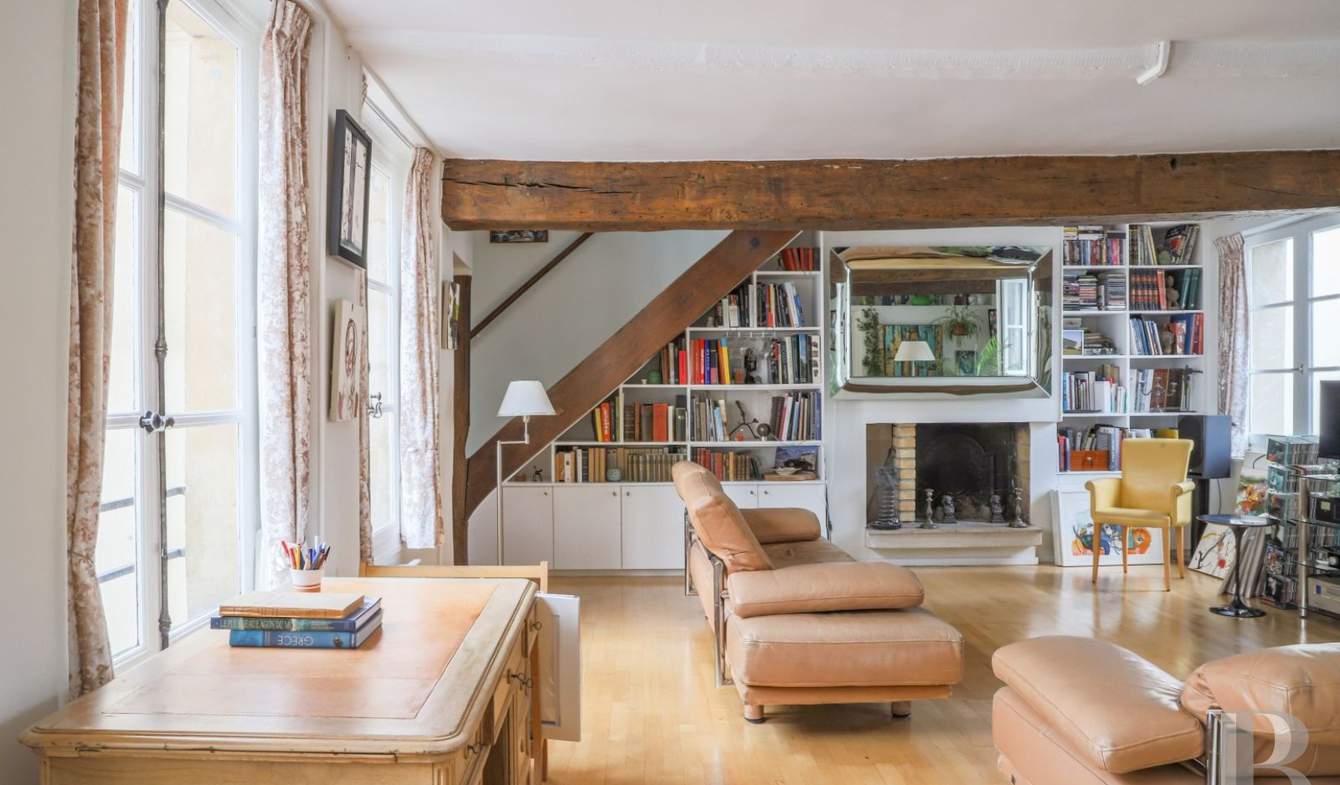 A top floor, 2-storey flat, with unobstructed, through views, in a 17th century building on the Ile-Saint-Louis’ Quai-de-Bourbon.The entrance to this 17th century building on Quai-de-Bourbon is protected by a numerical keypad security system. A paved courtyard, running alongside the building, behind robust, semi-circular arched, panelled carriage gates, typical of the island’s architecture, is enhanced with a bicycle storage area. At the end of this quiet courtyard, a period stairway, listed by the French Historic Monument Society, leads to the various floors in the building. Its treads and landings are covered with terracotta tiles and oak wood nosing. The stairway’s wrought ironwork and turned balusters bear direct witness to the 17th century.This flat, spanning a floor surface area of 90 m², takes up the entire top floor under the rafters and provides a clear view over the buildings in the French capital. A flight of balanced steps, a continuation of the main stairway, leads from the entrance door to a reception area, with parquet flooring. Several windows, with casement and espagnolette bolts, let in copious amounts of light on both sides of the room. Here, a fireplace with a brick hearth is set under the stairway going to the upper level. Following on from the living room is a fully fitted kitchen, partially opening on to an eating area. At the other end, a bathroom, with a bath, is illuminated via a window. Originally a kitchen, this room could also be used as a linen room.The stairway then leads up to the flat’s second level, laid throughout with terracotta floor tiles. The first room, a study, is particularly bright courtesy of a wide skylight. Opposite, under a roof dormer, an alcove, laid out as a ladies’ sitting room, precedes a separate bedroom. This area is adjoined by a partially open-plan shower room, with a sloping ceiling and natural through light. A second bedroom could be created on this level. A vaulted cellar, spanning more than 15 m² completes this property.

Boulevard Morland. This floor through 101 sqm apartment in perfect condition is on the 2nd floor of a fine 1920’s building. Set between the street and a garden, it includes a double...

Between Saint-Paul and Hôtel de Ville, near rue des Ecouffes, in a beautiful freestone building, on the 4th floor with elevator, Vendôme Exclusive Properties offers you this apartment...

Paris 4th – Saint-Paul. On the 1st floor of an architect-designed building which is on the supplement list of French Historical Monument, a beautiful through-apartment with a living...

On the first floor with elevator, five-room family apartment located in the heart of Saint Louis Island with an area of 119.39 m² LC. It consists of an entrance, a double living room,... 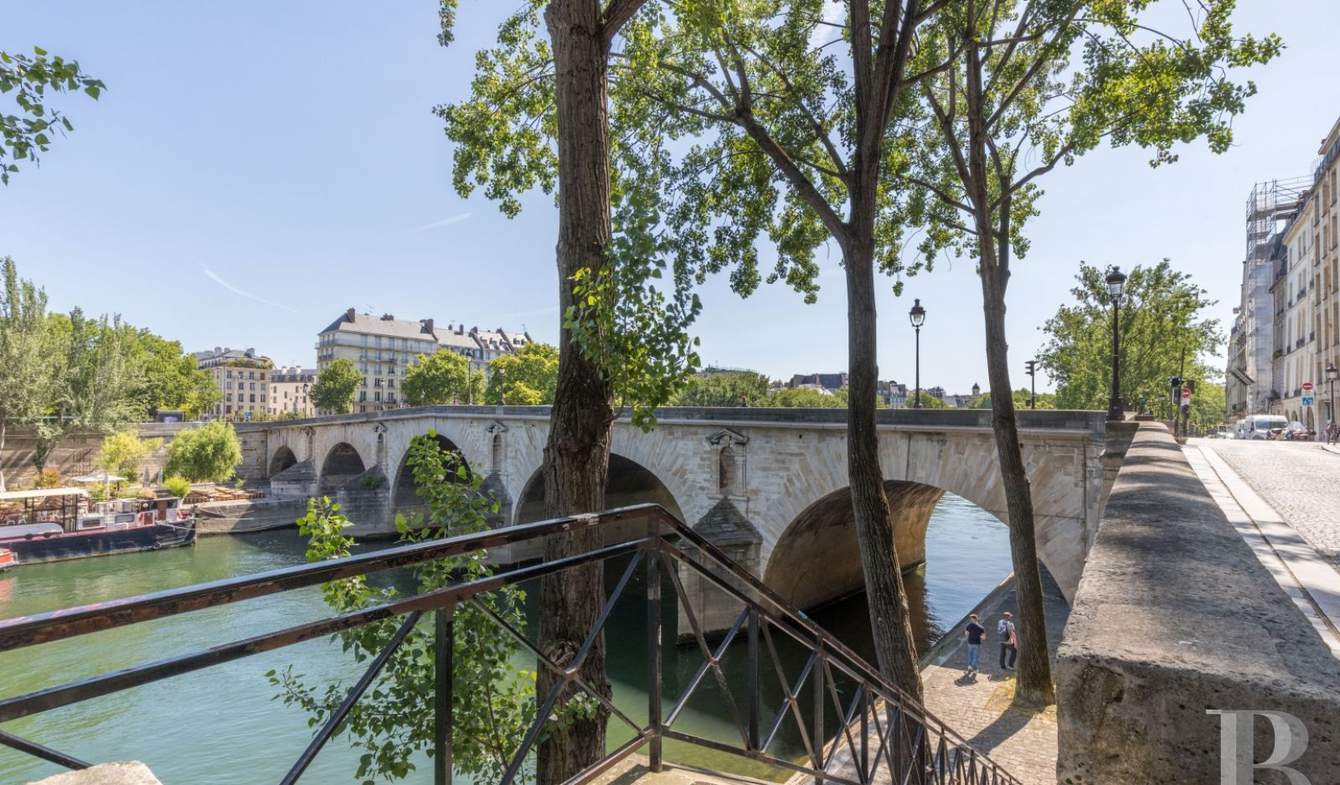