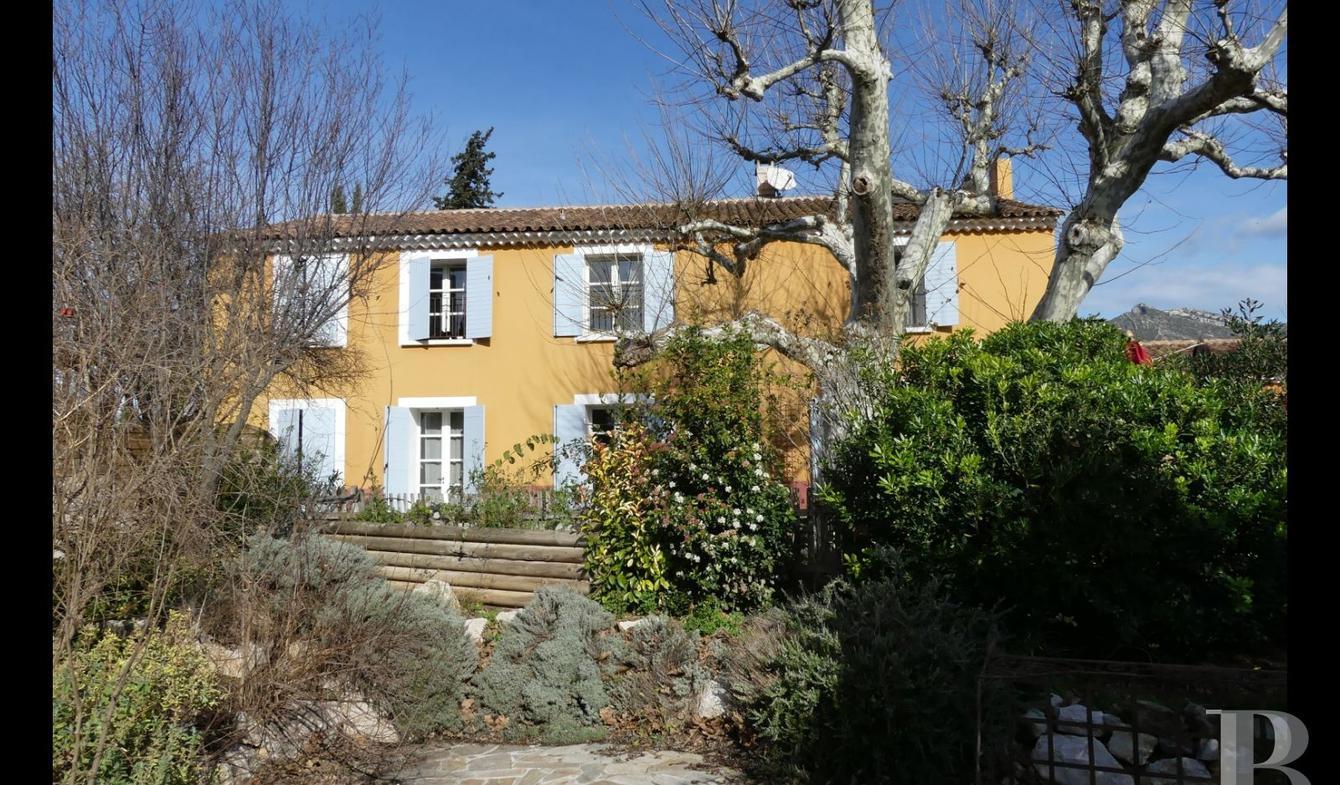 At the foot of the Sainte-Baume mountain range, on 1.8 ha of farmland, a traditional Mas house and its outbuildings with 500 m² of living space.This property stands on a vast alluvial plain, amidst numerous plots of farmland at the foot of the Sainte-Baume mountain range and some 20 km from the centre of Marseille. A village, 2.5 km away, has approx. 7,000 inhabitants and vestiges of its past dating back to the Gallo-Roman era. Marseille and its TGV train station, Aix-en-Provence and the beaches in Cassis are less than 30 minutes away via the motorway, the slip roads for which, although nearby, do not cause any audible nuisance. And lastly, Marseille international airport is about 45 minutes away by road.A 500 m long concrete track leads off the secondary road and through the meadows to this property. The latter has a vast panoramic view over the neighbouring hills and mountains, from the Sainte-Baume range to that of Garlaban.This fully renovated, traditional Mas house with its ochre-coloured facades, spans approx. 320 m² of living space, overlooking a garden with a swimming pool and outbuildings. Nearby, a more recent house, with facades reflecting red hues, spans approx. 130 m² of living space. It is set on a its own private plot of land with several annexe buildings. And lastly, almost 15,000 m² of farmland house a farm shed transformed into a vast, 50 m² studio flat as well as several garages, stalls for horses and a lunge ring. Two horses are currently accommodated in these areas but there is no actual farming activity.The traditional Mas houseConstructed during the second half of the 18th century, recently renovated and extended with the addition of a vast, enclosed veranda, this traditional Mas house still reflects it original style. With its thick walls, its main fireplace and its massive beams, it simply exudes charm. Its two levels are linked via a wide stairway, currently condemned via a flimsy, easily removable partition.Ground floorA varnished, wooden door, on the north side, opens into an entrance hall housing a stairway, with wrought iron railings. It provides access to a living room, featuring floor tiles and a large, stone fireplace, which opens on three sides and is flooded in natural daylight all day long. A wide French window has been added in an east-facing wall so as to provide access to a covered veranda, spanning more than 60 m². Enhanced with a blue-painted, roofing framework and decorated in a maritime style, this room has naturally become the house’s central living space. It looks widely out over the outside through large windows, with a thin, metal framework, and is heated by a tall stone fireplace as well as a wood-burning stove. The kitchen, on the south side, is embellished with ceramic tiles. It is big enough to include the traditional eating area. The entrance hall also provides access to a vast, ground floor bedroom through a large shower room, also used as a dressing room and fitted with stone wash-hand basins as well as a monumental, tiled shower, set in one of the corners of the room. A toilet under the stairway can also be reached from the entrance hall.First floorThe current layout includes an outside, wooden stairway which was added to provide direct access upstairs. Used as a self-contained flat, the smaller of the bedrooms acts as an entrance lobby and kitchen. The interior stairway is currently closed off by a flimsy partition on the first floor. This could easily be removed to convert the premises back into a 2-storey house. It leads to a lounge with a south-facing view, over the garden, the swimming pool and the surrounding hills. All four of the bedrooms on this floor open directly into this lounge, as does a shower room and a separate toilet. The ceilings in these rooms go up to the gable roof and the exposed beams …

Saint Rémy de Provence, ideally located a few minutes walk from the center, this beautiful provençal country house has been recently renovated. In a peaceful surroundings, close to the...

Charming renovated farmhouse for sale just a few minutes from the center of Saint-Rémy de Provence. On 2 levels, this charming and very bright mas of about 275 sqm on a land of 4 023...

Renovated, former hermitage of about 300 sqm for sale located in beautiful, calm surroundings close to Saint Rémy de Provence and just a few minutes from the centre of Noves. Located in...

FOR SALE This historic Mas at the gates of Arles of approximately 1500 sq. M living space on 25 hectares. Le Mas is located between Nimes and Arles, in the Camargue Gardoise, big site of... 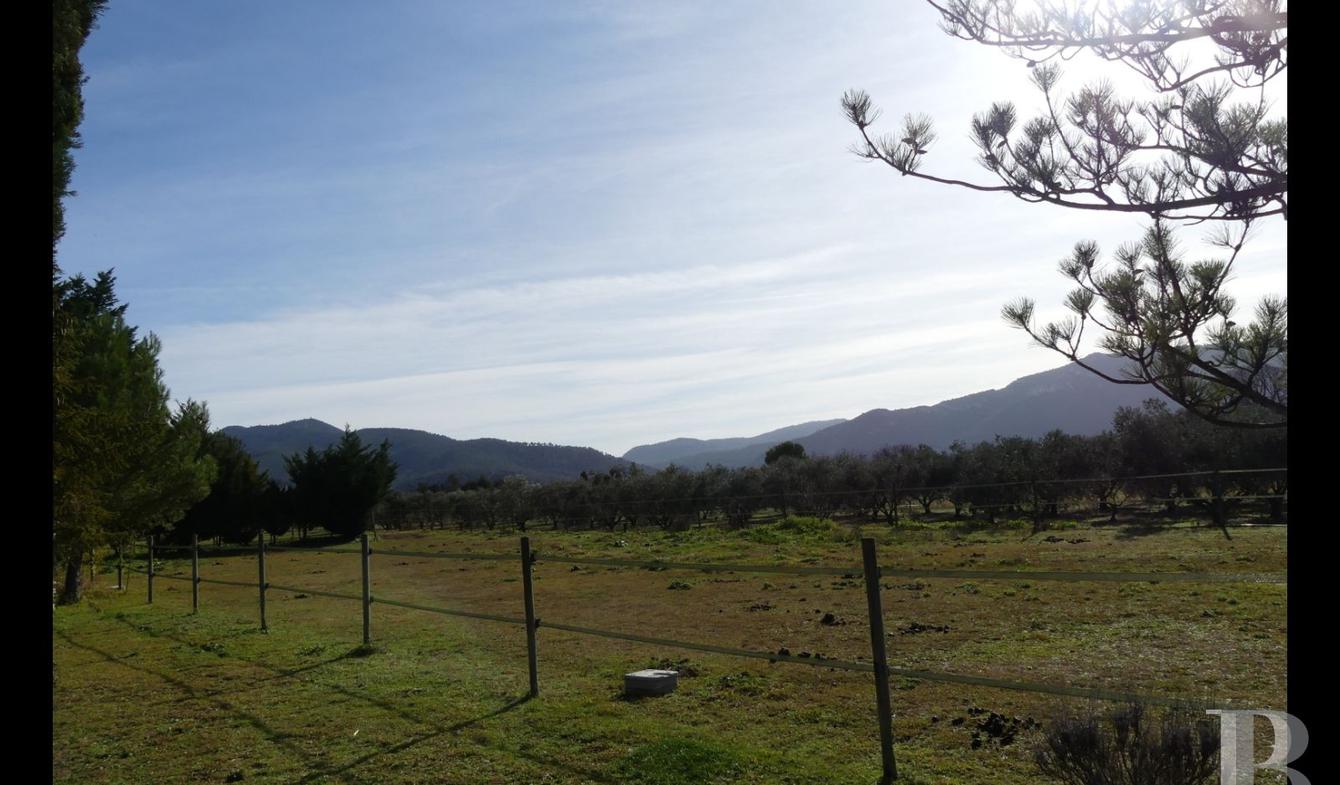