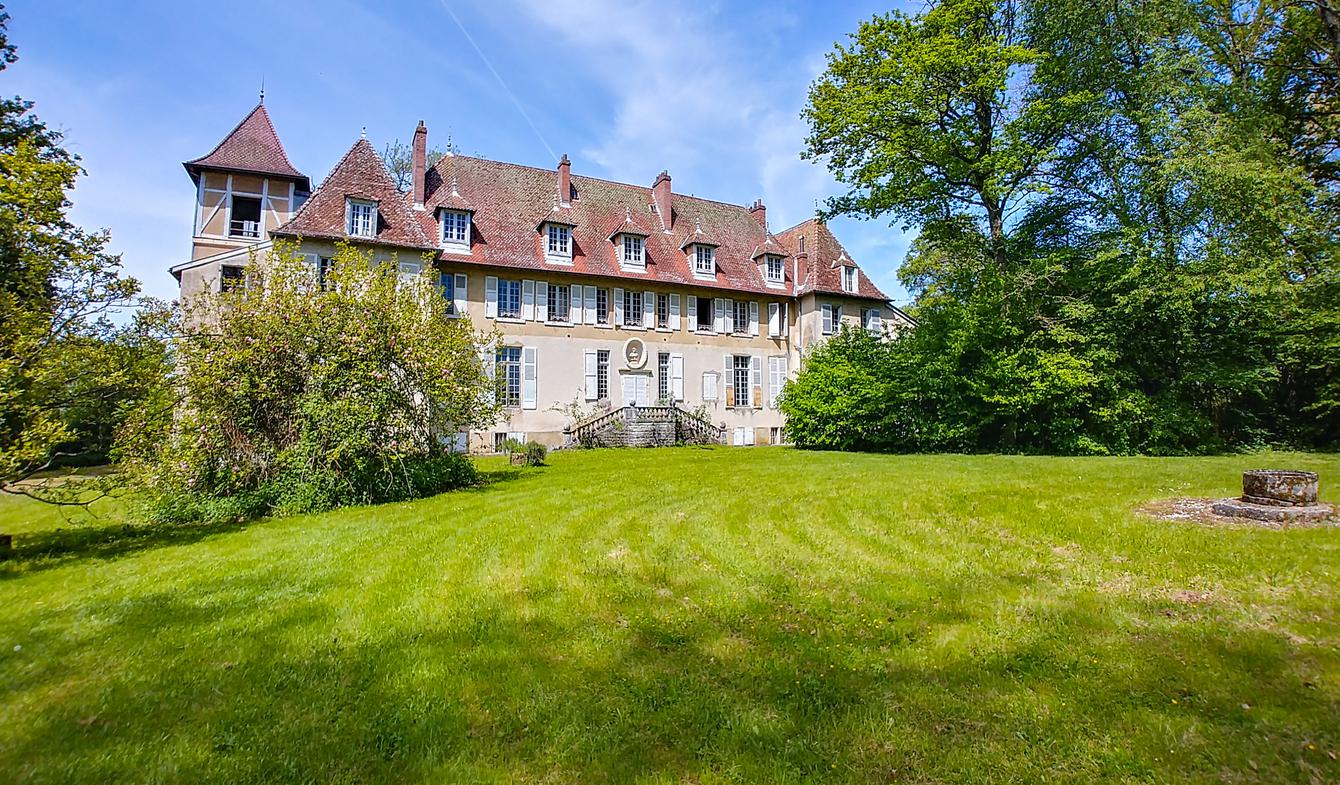 ~- CASTLE XVII-TWENTIETH A RESTORE – BOURG-EN-BRESSE – VERY BEAUTIFUL ARCHITECTURAL ELEMENTS – EXCEPTIONAL FIREPLACE INCLUDED ABDUCTION OF GANYMEDE – ALLEY ACCESS-400 METRES – 7KM FROM THE TGV train STATION – 2 km FROM The A40 The gates of the Bourg-en-Bresse, at the end of a beautiful driveway of 400 meters, this castle Xvii presents the architectural elements of high-quality in a very nice environment The facade has a central body Xvii, the windows are very vertical to a sash that we can find in the area at that time and with the most beautiful ornament a niche oval carved with a garland of oak leaves banded protecting a torso of a warrior in armor in the Ancient pink-sandstone. The back cover also has a niche oval carved with a garland of oak leaves banded protecting a statue of the Virgin and Child in sandstone, featuring a beautiful draped These elements of a great refinement to advocate for a construction in the first half of the Seventeenth century, still tinged Italian Renaissance The ends, two pavilions with roofs with four sides, a round side and a stair tower has been added at the beginning of the Twentieth century Inside, On the ground floor, very nice row of four very beautiful pieces through having kept their period features, plancher chevron, marble fireplace Louis XVI period in a taste neoclassical, very original, pier Eighteenth to the profile of Henry IV, the bottom panelling, windows backgrounds with glass former, crémones wrought iron XVII-Xviii, crémones in cast iron Xixth century, door hinges wrought iron, ceilings with beams and joists. Very elegant porch with double stolen, balustrade decorated pine cones The most remarkable feature is a fireplace with a pier of stone carved out in very high relief of the Abduction of Ganymede, in a tondo surrounded by a heavy wreath of oak banded, in fall clusters of fruit, suspended by angels holding a mask of comedy Greek. Influence there also very influenced by the Italian Renaissance It is to note that is used here the vocabulary of military, armor, oak, as well as the subject of the abduction of Ganymede can be seen as a contestation of the established power, a political discourse and military, this last topic of Ganymede is sometimes interpreted as the bearer of a message more cryptic and impenetrable to see erotic Two more small parts, a bathroom, halls, a large central staircase in the rear tower, two staircases at the ends Upstairs, eight rooms, two bathrooms, a kitchen, a large living room adorned with two beautiful stone fireplaces Eighteenth to the pronounced crest, ceiling beams and joists Eighteenth On the second floor, seven rooms Beautiful vaulted cellars in the vaults of the edge, old kitchens, a very large fireplace, stone sink. We can see the litage pebble in the foundation which protects against moisture Very beautiful park of 5, 9 hectares with wide clearances Superb driveway of 400 meters, including plane trees Orangerie Nineteenth full south open by three large arches floor to ceiling of approximately 200m2 Very beautiful pillars to bosses and series of pillars smaller decorated with pine cones holding the grids, giving the entire look great Land tax 1900 euros situation - 7km from the TGV station of Bourg-en-Bresse, Paris at 1h49 - 1, 8 km from the A40 Macon-Geneva-Chamonix - 5km to the royal monastery of Brou - 72km de Lyons. 1 hour -100km from Geneva. Price: 650000 Euros, fees included in the seller's.

Listings similar to this castle, Bourg-en-Bresse (01)

It is in Rhône-Alpes, in the department of Ain, about twenty minutes from the town of Bourg-en-Bresse & 10 min from an entrance to motorway, which you can discover exclusively & in the...

ABA Real Estate proposes, in Ornex, only 15 min away from Geneva airport and the international organizations. This 135 sqm house offers : a living room, an equipped kitchen, an entry...

To discover this old stone farmhouse dating from 1900, completely renovated at the beginning of 2009, with about 274m2 of living space and a swimming pool on a 3890m2 plot of land, only...

In the vast area of the Château de Chevry, in the heart of nature Gessienne, several surfaces to develop in raw state are offered for sale. Whether it is the castle or its annexes,... 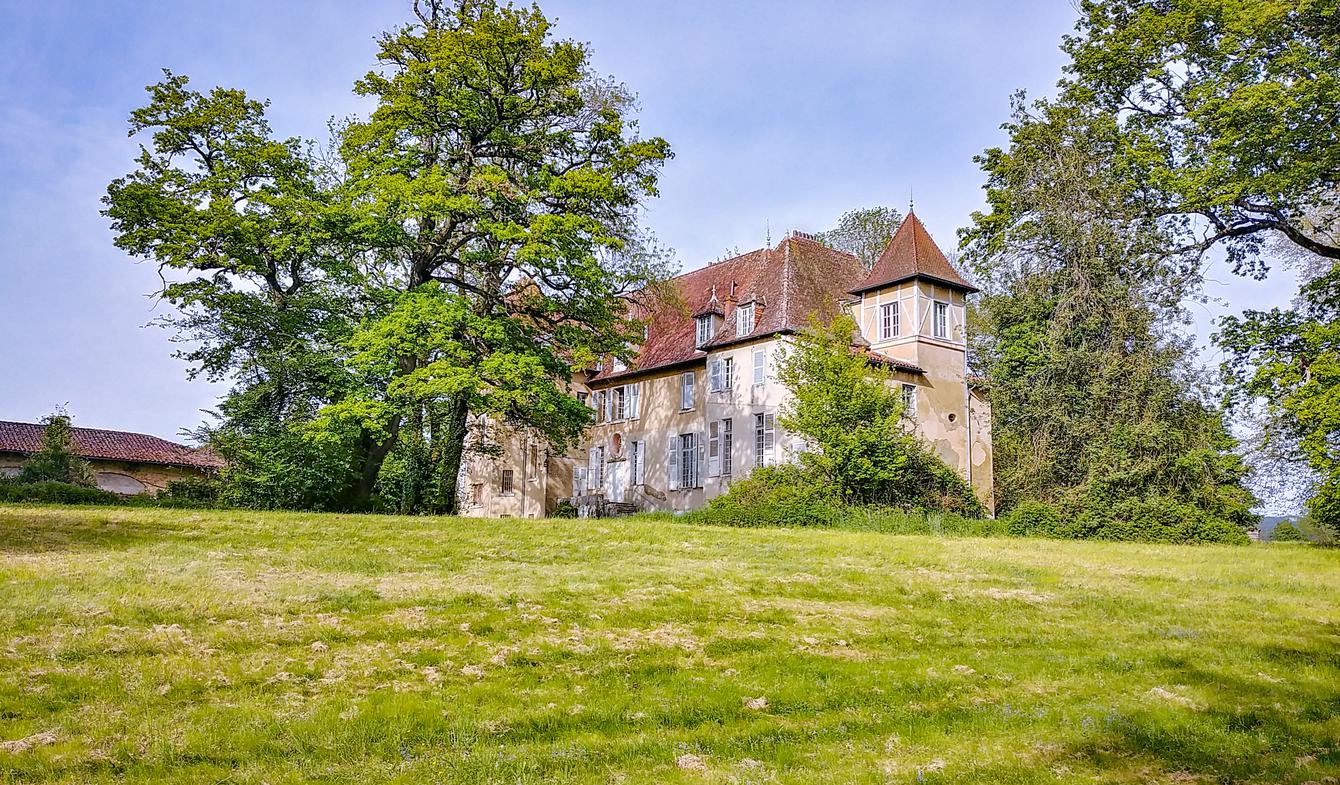