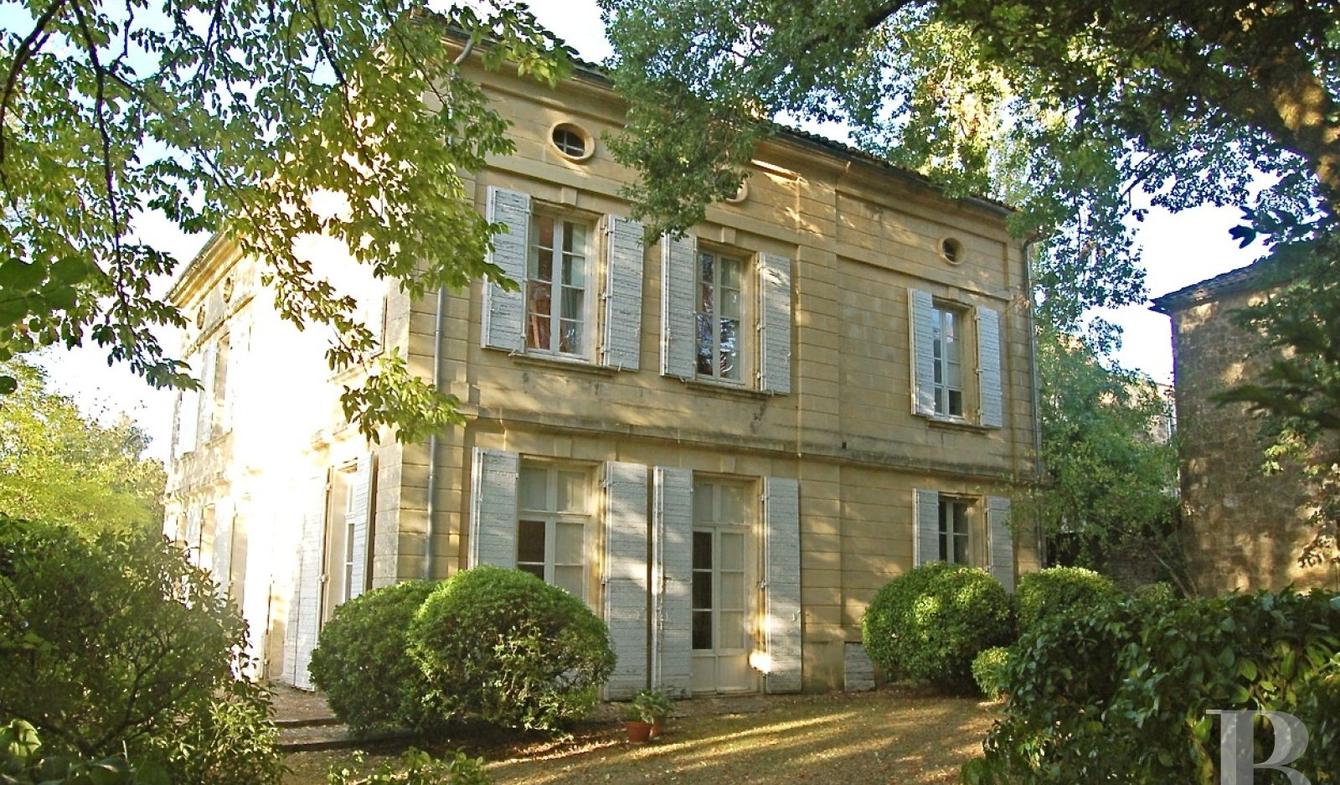 A large, luxurious home, fashioned by a famous interior decorator, in a dominant position in one of the Purple Périgord area’s “Bastide” towns.In the Aquitaine region, between the Black and Purple Périgord areas, in the land of “English” Bastide or fortified towns and other renowned medieval towns between Bergerac and Sarlat. This place has a particularly temperate climate, pleasant to live in all year round, and is the ideal starting point for exploring one of France’s leading tourist regions. The magnificent landscapes are enhanced by the Dordogne Valley and dotted with a multitude of world renowned chateaux, picturesque villages and prehistoric sites.In the midst of an old 13th century Bastide or fortified town with a wealth of outstanding architectural heritage and all amenities. A large village where it is pleasant to live by taking advantage of its small summer food markets and its flavourful gastronomy as well as enjoying the many outdoor activities on offer in the surrounding area such as hiking, pony trekking, golf (two courses no more than 20 minutes away), swimming in the rivers or lakes, canoeing, etc. 2 hours from Bordeaux, 75 minutes from Agen and its TGV train station (195-minute links to Paris), and 30 minutes from Bergerac and its airport, with flights to several French and European towns.This property has three entrances. The first, on the east side and nearest to the buildings, is via a small square forming a no-through road that opens on to a shopping street in the village. The second, at the other end on the south side, is via the parklands, following the contours of the old town ramparts. The third, on the north side, is below a terrace, near to a small stone hut, backing on to the perimeter wall. Although the entire property extends over a little more than 4,000 m², the parklands alone account for approx. 3,000 m². Immaculately kept, they are enhanced with an orchard and copses as well as a superb alleyway to be followed with several stops to admire the parterres of cyclamens or the totally clear view over a verdant countryside composed of grasslands and copses of trees. One hundred year old oak and lime trees are planted nearest to the house, providing shade and privacy. Miscellaneous nooks and crannies delimited by the vegetation can be used as areas for eating or resting. The main residence, on the north-east side, is in a dominant position, given the lie of the land. A large terrace extends the west facade, whilst a 2-storey outbuilding, with attic space, slightly to the east comprises a caretaker’s flat, a garage, a woodshed and miscellaneous rooms used for storage purposes. An orangery adjoins the west facade.The residenceThis residence, built in the 18th century, is a large, luxurious home in the form of a quadrilateral spanning four levels, one of which is converted attic space, with a lower level housing a cellar, a boiler room and other rooms used for workshop and storage purposes. The east facade is adjoined by an extension, spanning two levels, connected to the kitchen via a conservatory used as a living room. The house is built of light-coloured dressed stone and topped with Roman tiles. The facades feature a large number of openings, enhanced with tall, studded white shutters. Symmetrically aligned, they let copious amounts of light into the rooms. Purchased by Serge-Royaux and his wife Anne in the 1980’s, this house has been redesigned down to the smallest of details by this interior decorator voted amongst the world’s best one hundred of his profession by the American Architectural Digest magazine. Having studied Fine Arts at the “École du Louvre” and the “École des Arts Décoratifs”, Serge-Royaux was picked out by André-Malraux and assigned to the preservation of French national furniture (Mobilier national). His eye and …

Listings similar to this house, Beaumont-du-Périgord

The property sits in 4176 m2 of grounds within a walled garden with an orchard and beautiful mature trees. There are two entrances, one on the village centre side off a small square, and...

In the heart of the village of La Roque-Gageac, one of the most beautiful villages in France, the sumptuous house of a merchant, former boat master. On the banks of the River Esperance,... 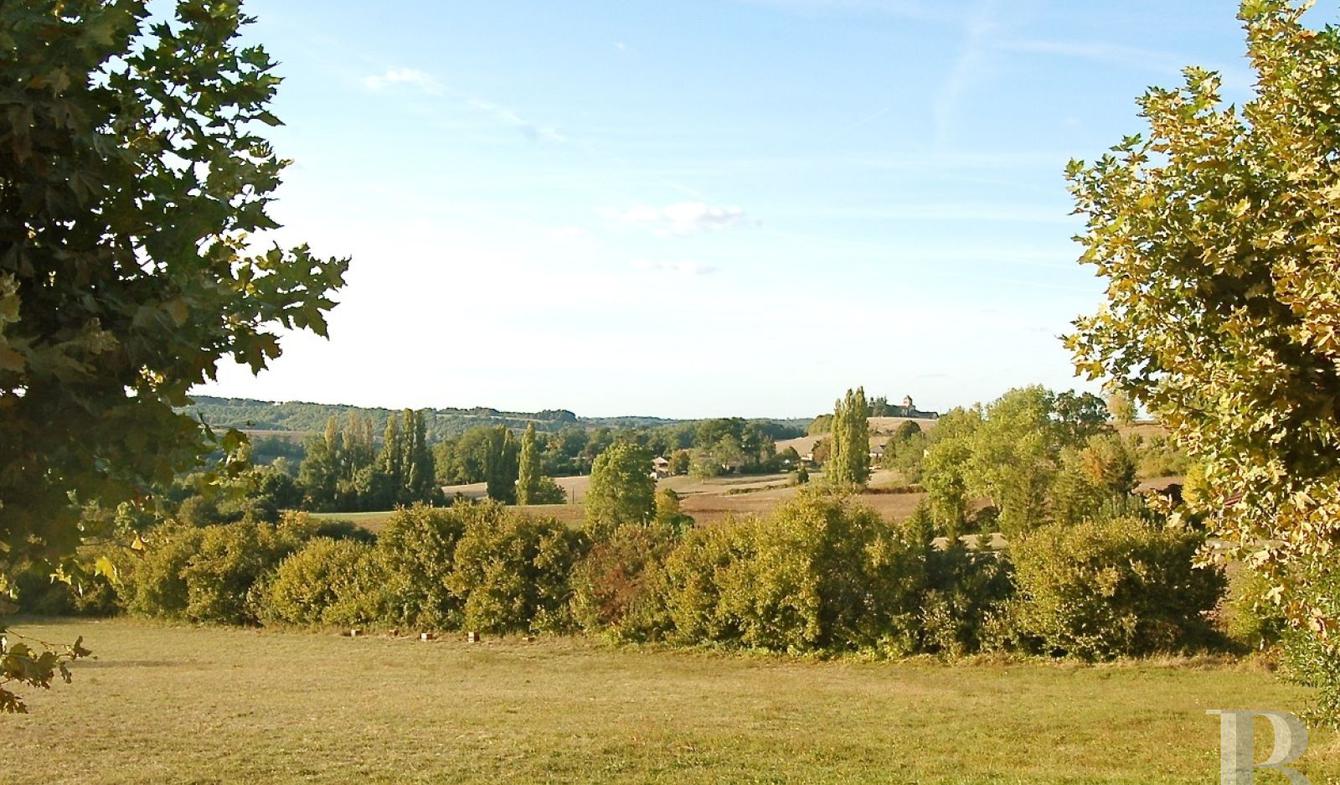