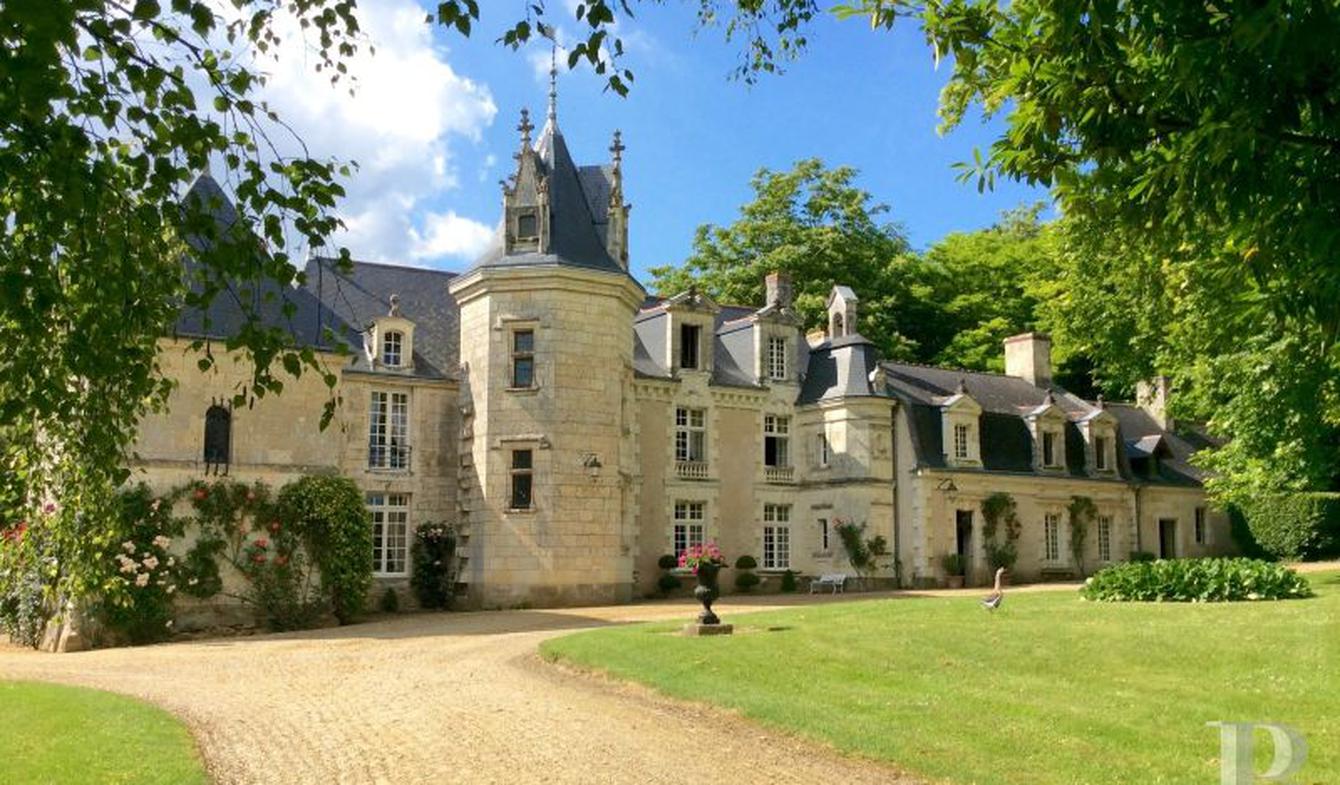 A listed castle, with its keep and its outbuilding, in 8.7 ha in the undulating wooded countryside of the Anjou region.In undulating, wooded surroundings. Some 3 km from a historic town with all shops and amenities. About 20 km from the river Loire and its delightful villages. 40 km from Angers and 30 km from Saumur, both towns having a train station with links to Paris. 11 km from a slip road for the A85 motorway.Two freestone pillars, standing off the road, flank magnificent wrought iron gates that open on to a plane tree-lined driveway. This driveway runs alongside a wood and, then, provides access to the area around the castle, with its old keep and the former stables, now transformed into a house. A French formal garden is laid out in front of the castle's main facade. A swimming pool area has been created near to the outbuilding. Behind the castle are extensive landscaped parklands, with the listed keep in the midst of woods on the north side.The castleAlthough redesigned in the 19th century with the addition of a Renaissance tower, this castle still has most of its 15th, 16th and 17th century features. In addition, it has exceptional listed kitchens which provided for the old 13th century military defensive keep. This castle, composed of several adjoining buildings, is partially constructed from freestone and partially from stone and lime-rendered quarry stone blocks. The main building, which spans two stories above the ground floor, is topped with a slate roof featuring tall windows. At the front, it is flanked by a central hexagonal stairway tower, by a small projection on one side and by an oratory on the other. The overhanging cornices, the modillion cornices, the tall windows and the rusticated masonry of the framing around the openings are all made of freestone. The roof on the Renaissance tower used as a main stairway, topped with a finial, features two roof dormers, both adorned with chimera and topped with a finial. On the ground floor of this tower is the barrel-vault entrance door to the castle which is bordered by moulding, forming an ogee, itself topped with a festooned cross, delimited by pinnacles. At the back, it is flanked by a round tower on one side and by a square tower on the other. Its windows have stone mullions. Two other buildings, spanning just two levels, extend the main building. They are both topped with Mansard style slate roofs; one featuring pediment roof dormers and the other gable roof dormers.Ground floorThe ground floor is accessed via the stairway tower. This spiral stone stairway provides access to all the floors in the castle. It is crowned with a central cross-ribbed vault. The entrance door opens into a vestibule, with painted cement floor tiles. This vestibule provides access to three lounges. The first, with terracotta floor tiles and a red and green marble fireplace, is used as a study-library. It communicates with a back entrance hall, a linen room and a vaulted passageway leading to the old keep dungeon as well as a toilet. The second lounge, looking out from the west facade, communicates with a dining room and opens on to the parklands via a French window. It features an outstanding 17th century fireplace. It also leads to a toilet with a wash-hand basin. The third lounge, looking out from the east facade, communicates with the dining room, the main entrance hall, the current kitchen and the castle's two old listed kitchens as well as with a dining room and a hall area. Said hall area leads to the current kitchen and to the castle's old listed kitchens. The main entrance hall and two of the lounges have painted cement floor tiles as well as two freestone fireplaces, one of which is monumental and has been restored by the current owner in keeping with its original design. This fireplace is adorned with a raised coat-of-arms ...

Listings similar to this castle, Angers (49)

Ref.3418 : French chateau for sale near Angers. Situated in the Maine-et-Loire department, some 9mi away from the city of Angers, this ravishing château is easy accessible by motorway,...

A magnificent 16th century castle renovated according to the traditional rules with prestigious and high standard materials preserving the style and charm of the period and revealing the... 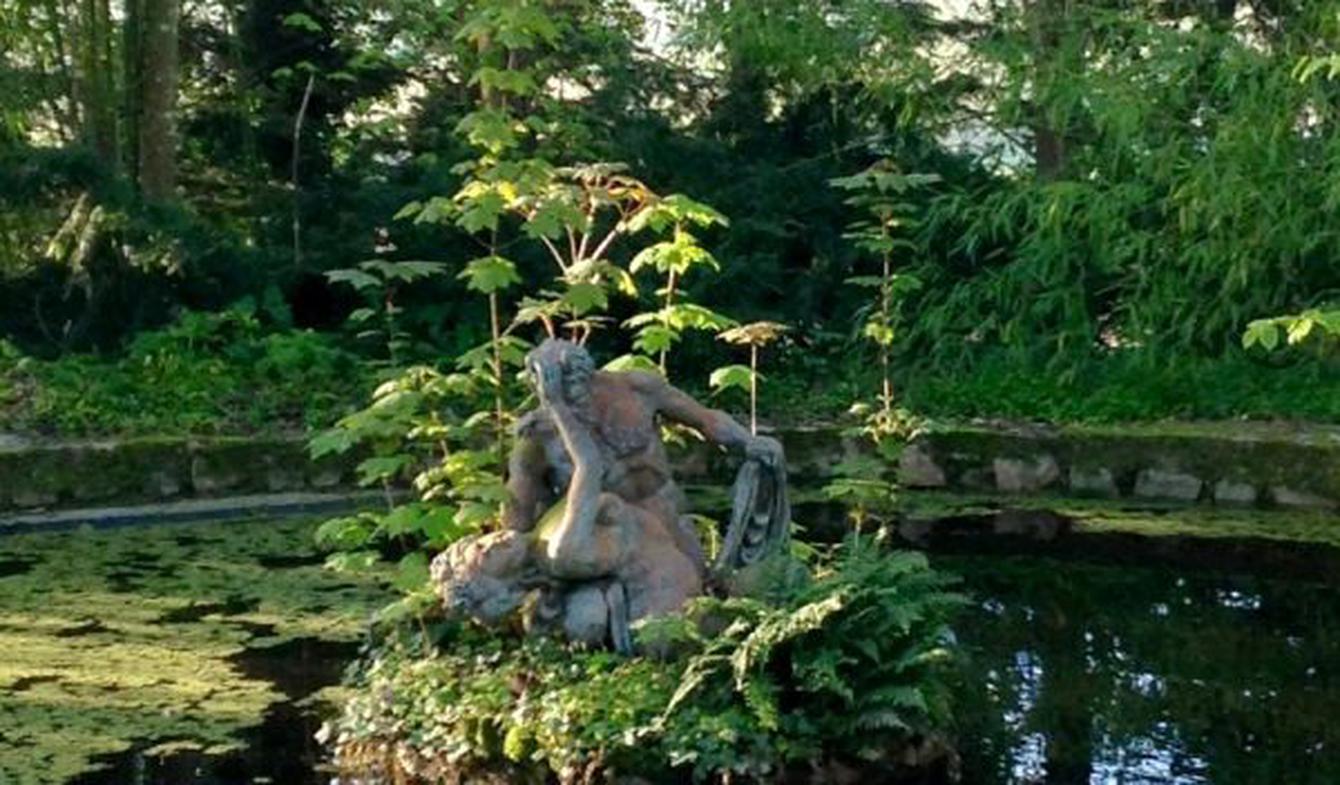