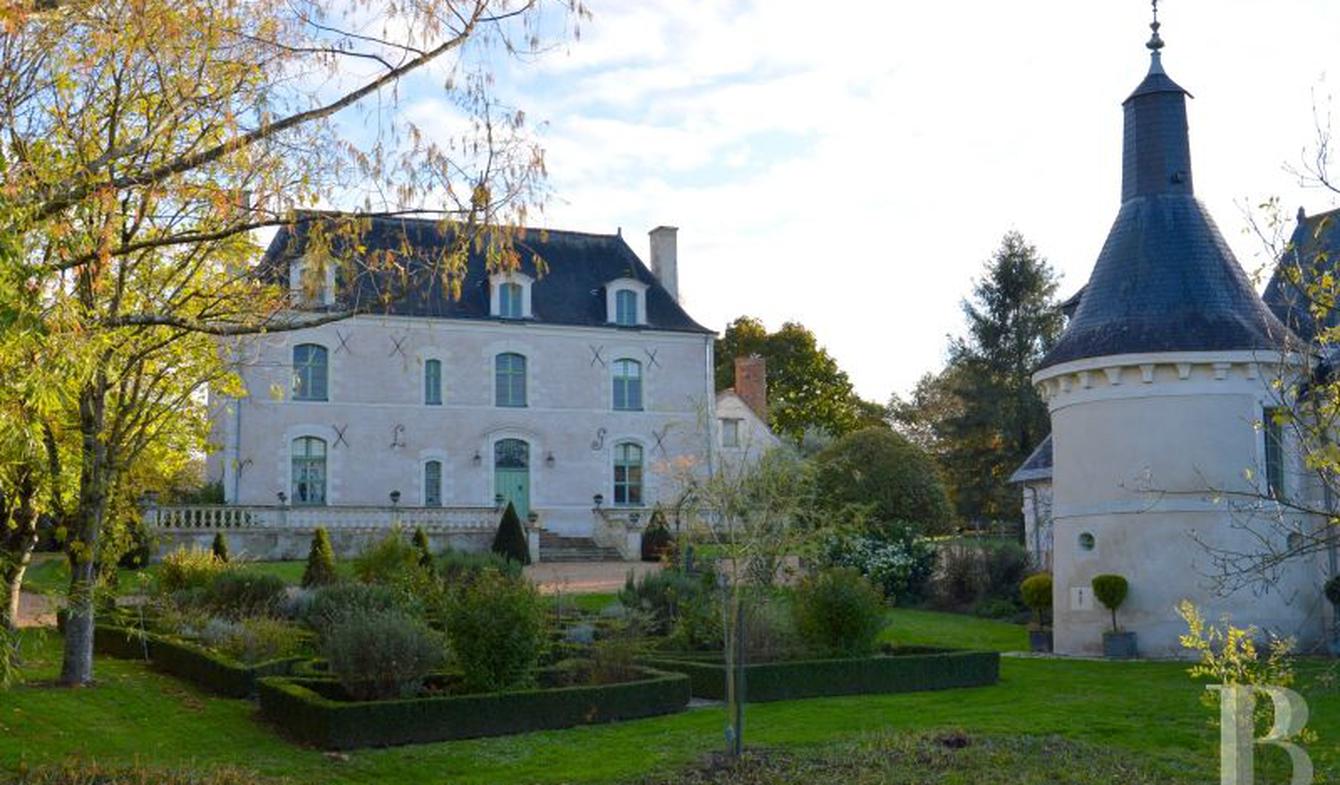 In the countryside near Angers and the banks of the river Loire, a 17th century house and its outbuildings in almost 2 ha of parklands.This property is reached via a country lane which links two villages with all local shops and amenities. Both these villages are less than 5 minutes away by road. Some 15 minutes away are the bustling town of Angers and its TGV train station (90-minutes links to Paris with ten or so daily return train journeys). The banks of the river Loire and its wonderful vineyards are just 5 minutes away. The surrounding, undulating countryside is wooded.The entrance gates open into a vast courtyard, set out like a garden, with the house on one side, the outbuildings straight on and the guest house on the other side. The parklands are laid out around the various buildings: partially in a French formal manner in front of the house, wooded and laid to lawn with the swimming pool on the garden side and as grasslands on the other side of the outbuildings. A moat delimits the parklands on the north side.The houseThis old, 17th century, rural house is constructed of lime-rendered, quarry stone blocks. Spanning three levels, one of which is under the rafters, it is topped with a hip, slate roof, featuring roof dormers and a little bell-tower. The framing around the openings, the quoins, the cornices and the roof dormers are all made of freestone. An extension, built in the 19th century, adjoins its west gable. Terraces border both facades. The front terrace, looking down on to the garden courtyard and leading to the front door of the house, is surrounded by a stone balustrade. It is reached via a flight of steps, also made of stone.Ground floorThe entrance hall provides access, on one side, to a lounge and, on the other, to a hall area which leads to a kitchen and a dining room. There are French ceilings and terracotta floor tiles throughout. The lounge and dining room feature wainscoting and freestone fireplaces. Both these rooms, as well as the entrance hall, are through rooms which also open on to the terrace laid out behind the house. The lounge communicates with a laundry-boiler room, installed in the 19th century section of the building. The entrance hall houses a two-flight, half-pace stairway, made of shale, brick as well as freestone and featuring an intermediate landing. A toilet is under the stairway. A cellar can be reached via the outside.First floorThe landing leads, on one side, to a bedroom and, on the other, to a hall area providing access to a bathroom, with a toilet, and a bedroom. Both these rooms are also through rooms, featuring French ceilings.Second floorThis level has the same layout as that on the first floor with two bedrooms and a shower room, with a toilet. The floors are covered with terracotta tiles and the beams of the roofing framework are exposed.The guest houseStanding facing the house, the guest house forms a right angle with one of the outbuildings. On its other side, it is flanked by a round tower which once housed a dovecote. The elegance and rich ornamentation of its main facade and the dovecote are outstanding. All the openings are topped with curved, freestone pediments, enhanced with modillion courses and flanked with scroll-shaped decor, all made of freestone. The slate roofs also feature roof dormers and that of the round tower is topped with a little bell-tower. The ground floor comprises a large living room, with an open-plan kitchen. Upstairs are a lounge, two bedrooms, a bathroom and a toilet.The outbuildingsThe outbuildings are laid out on either side of an impressive freestone porch. The latter is topped with a triangular pediment resting on ornate ...

Listings similar to this manor, Angers (49)

Ref.3632: French house for sale overlooking the Loire river. This property was built on a promontory overlooking the majestic river Loire. It is located in a village that offers the...

Ref. 3619 Large manor for sale near Angers This beautiful manor is located near Angers, in a beautiful countryside, with a slightly dominant view. The Loire river, the city, shops,...

On the banks of the Loire, in Gennes, come to discover this exceptional property. This castle of the 16th and 19th century, in Tuffeau stone, partially restored, will offer 450 m² on 3...

IN ANJOU, Very close ANGERS Lovers of the authentic, this very beautiful residence of XVe and XVIIe centuries of 650 m ² hab will fill you with happiness. Its exteriors are remarkably... 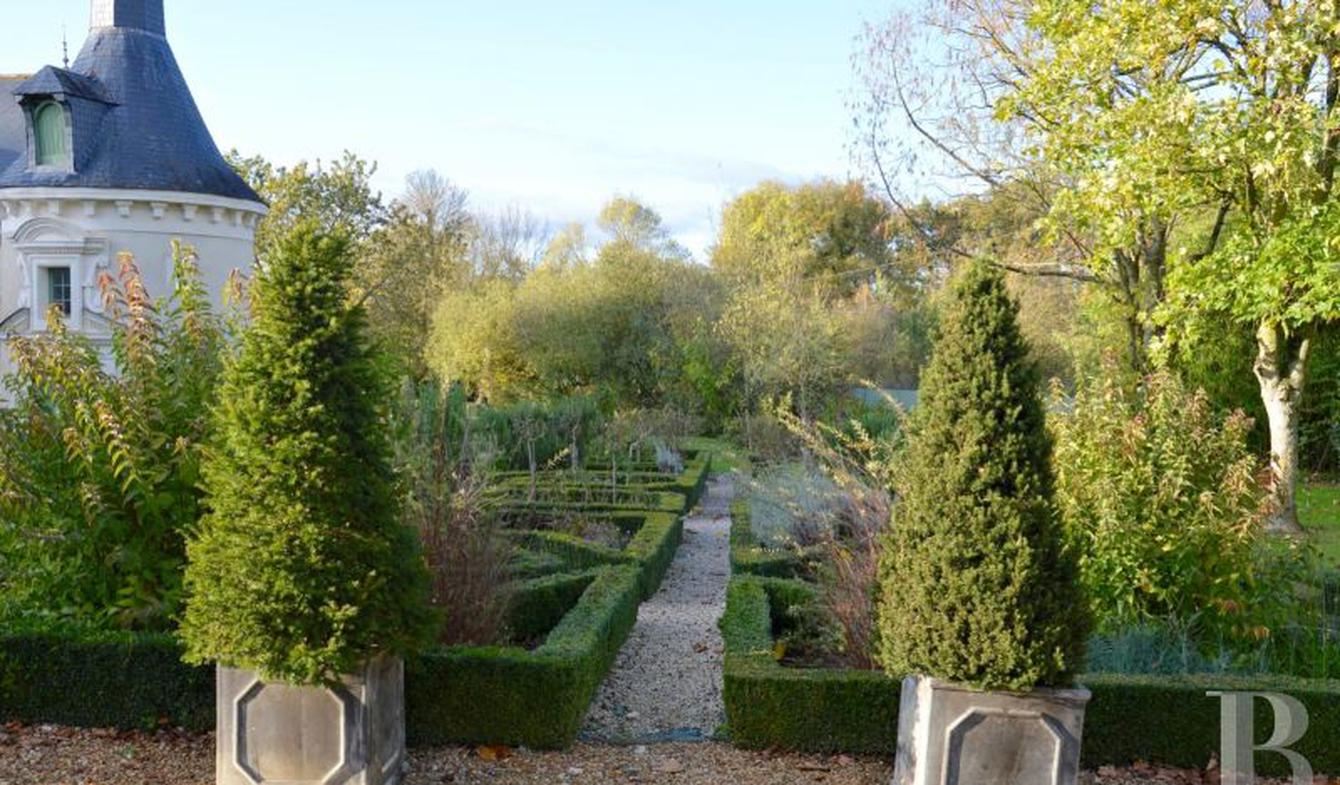