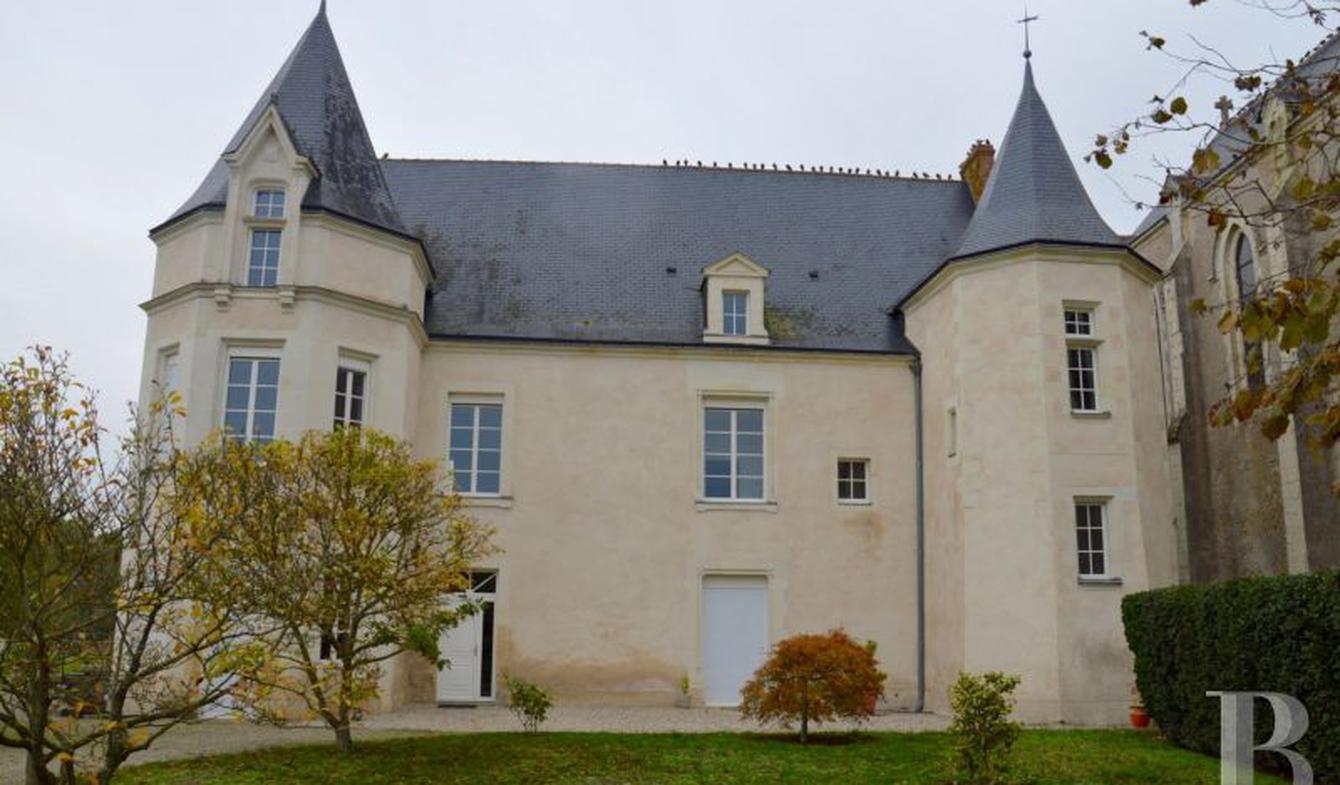 In a riverside village near to Angers, a 17th & 19th century presbytery with outbuildings and a garden.In a market town, near to its church and dominating the valley with a river run through. The village has all shops and amenities, a secondary school as well as a weekly market. The very busy town of Angers is less than 20 minutes away. A fast train line provides 90-minute links to Paris with about ten daily return journeys. Slip roads for the A11 and A85 motorways are 3 km away.A village street leads to an entrance porchway, opening into a courtyard, enclosed by the church on one side, an outbuilding along the street and garages on another side. The courtyard is laid out in front of the presbytery. A terrace at the back runs the full length of the facade, with a flight of stone steps providing access to the part of the garden that is on a lower level. These steps continue down to the riverside and join up with the towpath. The view on this side of the presbytery stretches into the distance, taking in the valley.The presbyteryThis presbytery was constructed in the 17th century and then redesigned in the 19th century. It comprises a central building, flanked at each end of the front facade with a pentagonal tower. One of the latter contains living rooms, whilst the other houses a spiral stairway. The presbytery spans three levels, one of which is under the rafters, topped with a slate, gable roof. The towers obviously have their own roofs. Freestone forms the surrounds framing the openings, the quoins and the cornices.Ground floorThe entrance hall provides access to a dining room, a kitchen and a hall area leading to a cloakroom, a toilet and a bedroom. The dining room communicates with the lounge and the kitchen, the latter opening into a laundry room. The bedroom, housed in the tower, has its own shower room and toilet. The lounge and bedroom have parquet flooring, whilst the dining room and kitchen have terracotta floor tiles. A freestone fireplace takes pride of place in the lounge. The entrance hall also houses the main, wooden, quarter-turning stairway. The lounge provides access to the spiral stone stairway housed in the tower. Both the kitchen and the lounge open on to the terrace which borders the west facade of the presbytery and dominates the river.First floorThe landing of the wooden stairway provides access to a toilet, three bedrooms, a bathroom and a hall area. The latter leads to a toilet and two bedrooms, sharing a bathroom. One of the bedrooms is extended by a dressing room. Said hall area can also be accessed by the tower stairway.Second floorOn the top floor, two large rooms featuring the exposed roofing framework await completion of their conversion works. There is also a toilet and the possibility of creating a shower room. This level can be reached via both stairways.The outbuildingsThe outbuildings are composed, on the one hand, of a house following on from the entrance porchway, bordering the village street and facing the presbytery and, on the other hand, of a large garage standing at right angles to it. This house is laid out as a guest house with a shower room and a toilet on the ground floor. It spans a floor surface area of approx. 120 m². Two cellars can be reached from the outside.

Listings similar to this house, Angers (49)

An 18th century mansion house, with outbuildings and a garden, in one of the Anjou region's historic towns. This residence stands in the midst of a historic town, with a wealth of...

Winemaker's house in a charming village south of Saumur, transformed into a private house with 3 guest suites. The main house of around 120m2 includes 3 bedrooms, plus 3 additional... 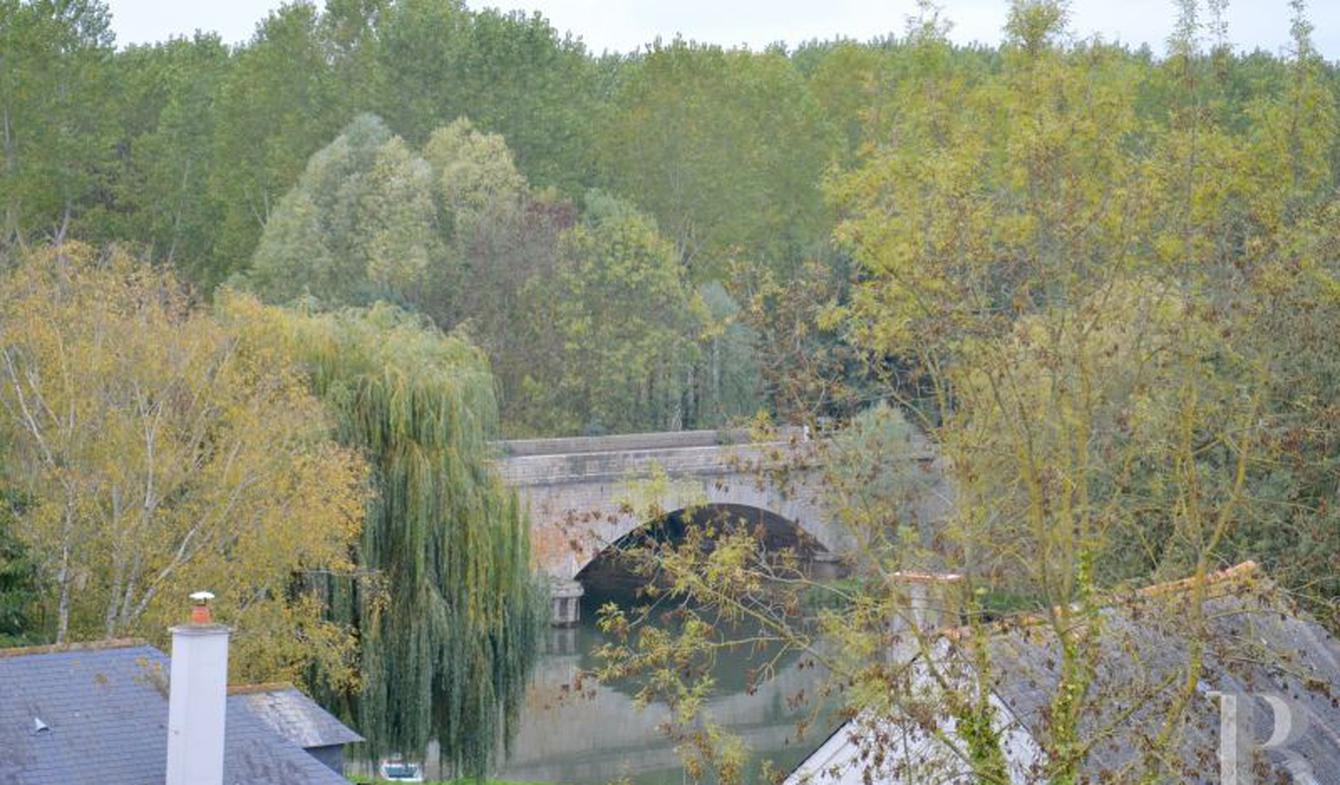