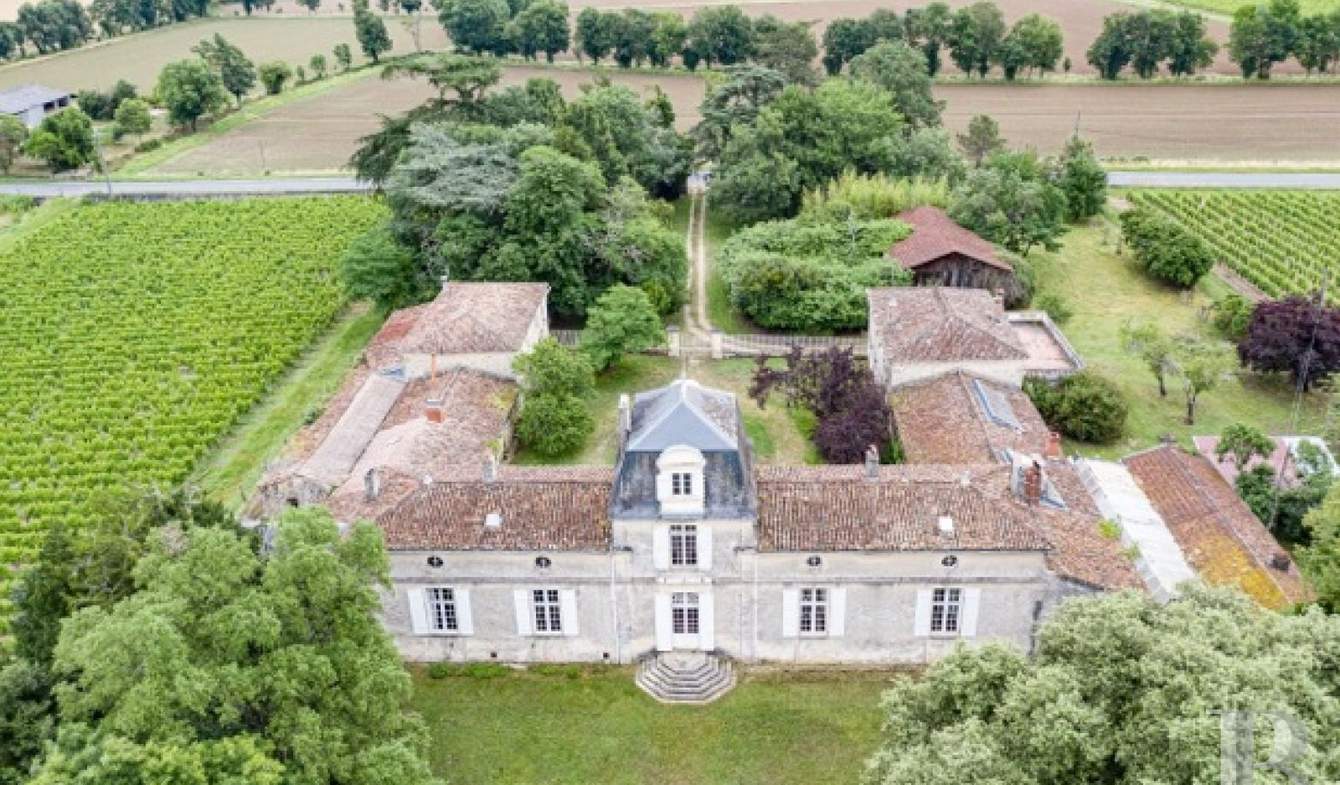 A traditional, 17th century Chartreuse house, with 2 ha of parklands, amidst the Graves and Sauterne wine regions.Not far from a medium-sized town with all amenities (school, shops, train station), 30 minutes from Bordeaux and its international airport, just a few kilometres from slip roads for the A62 motorway and near to the river Garonne.This property, standing amidst 2 ha of parklands, can be directly reached via a service road. Entrance gates open on to a straight driveway, shaded by trees and laurel bushes, leading to the buildings. The house (approx. 650 m² of living space) and its outbuildings, set at right angles, form a main courtyard, protected by a wall and tall wrought iron gates. On the other, west-facing side of the residence, the other section of parklands is predominantly laid to lawn and bordered by miscellaneous majestic trees. A swimming pool, at the end of the parklands, precedes an orchard, followed in turn by the neighbouring vines.The traditional Chartreuse houseThe main house dates from the late 17th century. Its main, east and west-facing facades feature large, wooden-framed, small-paned windows, symmetrically aligned and topped each time with a bull’s eye window. The upstairs is reached via a stairway, with stone steps, set between the dining room and the lounge. The front, east-facing facade is flanked by two wings forming a courtyard, closed by tall, wrought iron gates. The residence’s rear facade looks out over harmoniously-sized parklands. This building is dominated in its centre by a tower spanning three levels. The top floor is adorned with a royally symbolic coat-of-arms and its slate roof contrasts with the tiles on the rest of the roofs.Ground floorThe front door, facing the main courtyard, is reached via a few low stone steps. It opens into a vast through vestibule, in the middle of the house, featuring wonderful Gironde stone floor tiles. A French window in line with the front door opens on the west side on to the parklands. The doors opening into the reception rooms are topped with panelling, flanking old tapestries. The lounge, like the entrance hall, features large, two-tone Gironde stone floor tiles. It is distinguished by the panelling on the various doors and the fireplace. Windows, on either side, make it extremely bright. Further on, the dining room stands out courtesy of its monumental stone fireplace and its more refined architecture. And lastly, at the end of the corridor, the fitted kitchen features a fireplace complete with a roasting spit as well as an authentic stone sink. On the other side of the vestibule a long corridor gives access to two adjoining bedrooms, both with an impressive stone fireplace. The floors here are predominantly covered with oak wood parquet flooring, creating a warm and welcoming atmosphere. At the end of the corridor are a bathroom and toilet. Also, a room in a sort of recess on a lower level awaits conversion into a library or study. A concealed door provides access to both the parklands and a 19th century, discreet and romantic chapel, greatly enhanced by its multi-coloured stained-glass windows and murals. The work of the famous Eugène-Viollet-le-Duc who was responsible for the complete restoration of the listed Roquetaillade castle, not far from here, it will enchant those seeking serenity and spirituality.First floorThe first floor is set out around a wide corridor which provides access to one bedroom, laid out above the lounge, and to another, facing the parklands. At the end of this corridor are a last bedroom in the central tower, stairs going up to the second level and a vast, continuous room which could, in accordance with inspiration and needs, be converted into bedrooms or even be used as a playroom. A shower room.TowerThe second level of the central tower is reached by …

Listings similar to this property, Langon

Very nice opportunity: at the entrance of a charming Dordogne village and close to all shops (1.5 km) and a train station (1 km), large property on 1.2 hectares of wooded land...

In a chic country style less than an hour from Bordeaux and 15 minutes from a train station, beautiful manor house completely restored and renovated on about 4ha of land at the edge of...

Property with pool and garden Bordeaux (33)

Agence B. LAFAYE offers you: ONLY 15KM FROM BORDEAUX - IN A VILLAGE WITH ALL TRADE - A LOT OF CHARM AND AUTHENTICITY     Mansion from the end of the 18th century, enlarged and... 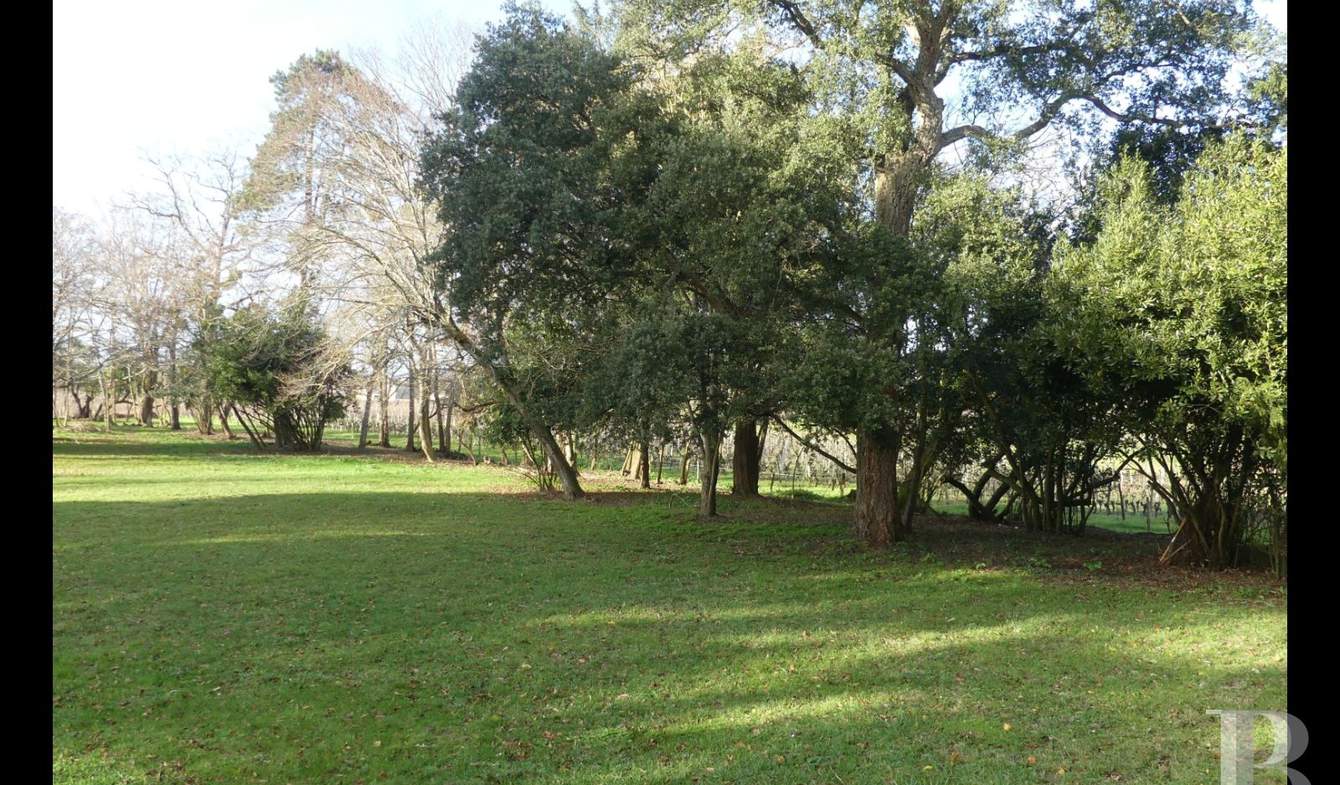